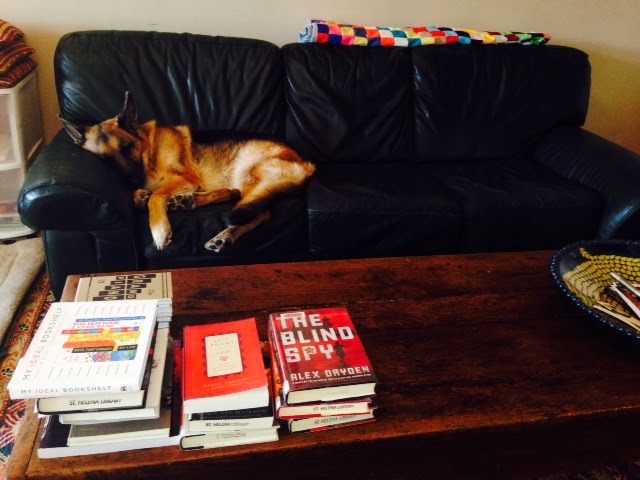 I have four “reading stations” (where I place books for current or planned reading) within la casa: the kitchen coffee table, my bedside table, the two corners of my desk, and a designated To-Read shelf in the library.  On these stations are:

CURRENTLY READING:
So Much To Be Done: Women's Series on the Mining and Ranching Frontier, Edited by Ruth B. Moynihan, Susan Armitage and Christine Fischer Dichamp

Barrett Watten in THE GRAND PIANO, which is ten volumes of a "collective autobiography" by ten poets covering 1975-1980 in San Francisco; the others, whose contributions I’ve already read, are Bob Perelman, Steve Benson, Tom Mandel, Kit Robinson, Rae Armantrout, Carla Harryman, Ron Silliman, Lyn Hejinian and Ted Pearson.  Because all of the volumes were released prior to my paying attention to this series, I have been reading each individual poet’s contributions sequentially with the idea that, if I was so moved after reading all authors’ contributions, I then would read the books as collectively authored.

LOVE POEMS FROM GOD: TWELVE SACRED VOICES FROM THE EAST AND WEST featuring Rabia, St. Francis of Assisi, Rumi, Meister Eckhart, St. Thomas Aquinas, Hafiz, St. Catherine of Siena, Kabir, Mira, St. Teresa of Avila, St. John of the Cross and Tukaram, edited by Daniel Ladinsky. I’ve only read up to St. Catherine of Siena to date and from the first eight I mostly appreciated the contributions of Meister Eckhart and Hafiz.  (This was originally in Mom's library and it's among the titles I'm reading from her sorted books.) 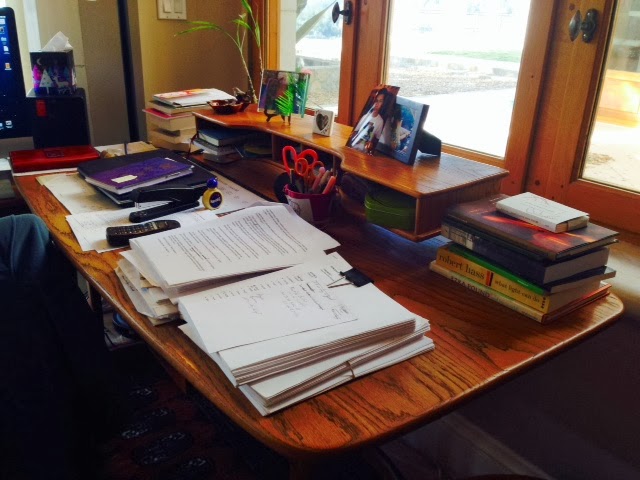 ON TO-READ STACKS:
(Books I haven't yet begun):

SEASONAL WORKS WITH LETTERS ON FIRE by Brenda Hillman

The moon, come to earth [DISPATCHES FROM LISBON] by Philip Graham

what light can do: ESSAYS ON ART, IMAGINATION AND THE NATURAL WORLD by Robert Hass

EZRA POUND and his world by Peter Ackroyd

Bill Scalia in Puzzles of Faith and Patterns of Doubt: Short Stories and Poems featuring 16 writers (unsure yet if I’ll move on to the other writers), Edited by Gregory F. Tague

A Blue Hand: The Beats in India by Deborah Baker

A History of the Philippines: From Indios Bravos to Filipinos by Luis H. Francia

BACK FROM THE CROCODILE’S BELLY: PHILIPPINE BABAYLAN STUDIES & THE STRUGGLE FOR INDIGENOUS MEMORY, Edited by S. Lily Mendoza and Leny Mendoza Strobel

Club Without Walls: Selections from the Journals of Philip Pavia, Edited by Natalie Edgar

Across Many Mountains, memoir by Yangzom Brauen

time was soft there: A Paris Sojourn at Shakespeare & Co., memoir by Jeremy Mercer

CHASING CHAOS: MY DECADE IN AND OUT OF HUMANITARIAN AID by Jessica Alexander

The Proud Breed: A Three-Generational Saga of California, novel by Celeste De Blasus 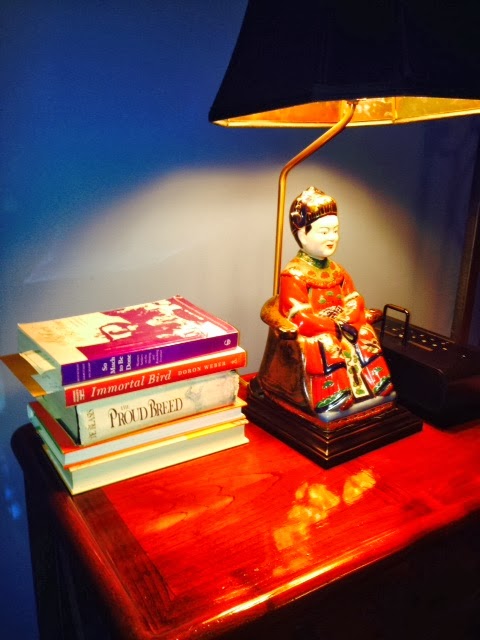 While there's a designated To-Read shelf in my library -- I don't like to shelf a book before I've read it -- I’ve learned that once I place a book on that To-Read Shelf, I tend to ignore it in favor of the titles on the other reading stations.  I hope to do a better job of moving books off of this shelf. There are 41 books currently on this shelf, including the following sample (which I chose for being most visible):

Toward a Nationalist Feminism by Delia D. Aguilar 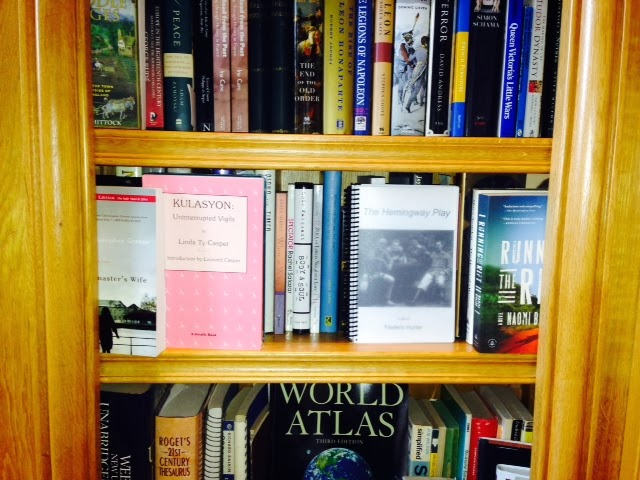 I’ve surprised myself with my predilection for books about the American Wild West frontier days—specifically the mundanities of everyday life in those times.  I like to read about how people in those days pioneer-ed…

In addition to reading for content, I need to read mindlessly—that is, read books that don’t force me to think (much).  Reading without the pressure of having to pay intent attention seems to relax me.  For this purpose, I usually rely on the genres of crime-solving or spy-related novels, dog lover memoirs, newbie farmer memoirs, and the occasional lite fiction like Christmas-related romances.

Over time, I intermittently post a “Relished W(h)ine” reading list on this blog that will feature books and other publications I’ve actually finished reading.

I try not to differentiate between high-brow and low-brow reading.

Often, I find reading my own books to be painful because I'm much more private as a person than as an author.

Having said that about cookbooks, I want to read every letter ever printed, every word every created ... (grin)