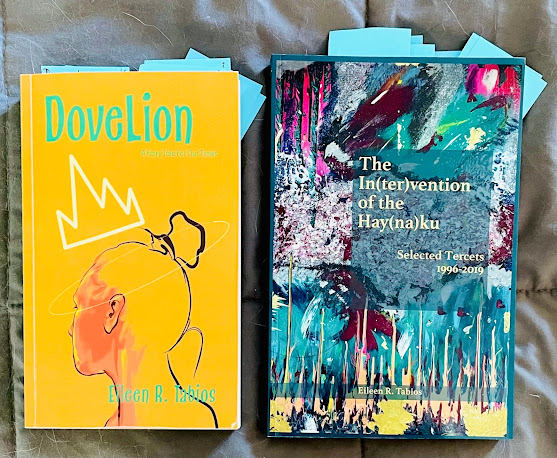 After swiftly selling through its first & several inventory supplies of DOVELION, Small Press Distribution or SPD  has now restocked my first novel! Feeling grateful, I’ve decided to offer a “Memorial Day Special”—anyone who purchases DOVELION can get a free copy of my Selected Tercets poetry book, The In(ter)vention of the Hay(na)ku! Just share your receipt (unless we know each other) by Facebook messenger or email to galateaten@gmail.com  This "2-Book Offer" is good through Memorial Day weekend until Midnight (PST), Monday, May 31, 2021.

Small Print: In(ter)vention can only be mailed to U.S. shipping addresses.

Here are some links about DOVELION: A Fairy Tale for Our Times since it was officially released less than 2 months ago in April:

True to most fairy tales, the novel opens with the traditional phrase “once upon a time” but there is nothing traditional about this novel which is at once inventive and experimental. How many times, for example, can a writer get away with describing a young woman approaching a threshold and pressing a button on an intercom to gain entry to Apartment 3J? The answer is again and again and again. Each time the reader is given a little bit more information and each time the reader is kept in suspense. There is something portentous, if not symbolic, about crossing a threshold. Tabios takes this to new heights by exploring the threshold of pain: how much a human being can withstand pain through living with actions that can have long-lasting repercussions.

“What To Read When You Want To Celebrate APIA Heritage Month,” The Editors of RUMPUS, May 14, 2021

A Feature Article: “From Poet to Novelist”

Here’s an excerpt from Positively Filipino:

Eileen says that autofiction was not what she had in mind in creating DOVELION. Instead, she says she was trying to manifest [the indigenous cultural trait of] “kapwa” in terms of the notion of the interconnection of all things. As a result, she says, she wanted to eliminate the barrier between the life inside the book versus outside of the book. “Like in some theater when the actors walk off the stage and continue the play’s actions amidst the audience members,” she explains. “I wanted to acknowledge the connection—by eliminating a division—between author and story and, later, story, and readers.”

Autofiction, in any event, would simplify what Eileen’s novel actually achieves. DOVELION is not just a work of fiction, but also the creation of a new myth. DOVELION creates the world of an indigenous tribe known as the Itonguk who live in Pacifica.

Strobel: A reader who has no knowledge whatsoever about American colonialism in the Philippines can still find their entry into the novel through poetry and art. How do you want the novel to disrupt the dominant narratives about empire and authoritarianism? Or how do you envision it doing so?

Tabios: Poetry and art often reflects their time. So whether one is a poet/artist or an audience member, the poetry/art can provide doorways into engaging with the larger world. One should always be learning—never stop being a student of the world. You may not even recognize what’s a “dominant narrative” if you’ve not educated yourself.

As for the novel’s effect in this area, well it’s disruptive in so many ways. I can think of it subverting the narratives for gender roles, eros, history (as defined solely by “winners,” as the saying goes), and U.S. foreign policy, among others.

Here's an excerpt (more can be seen HERE): 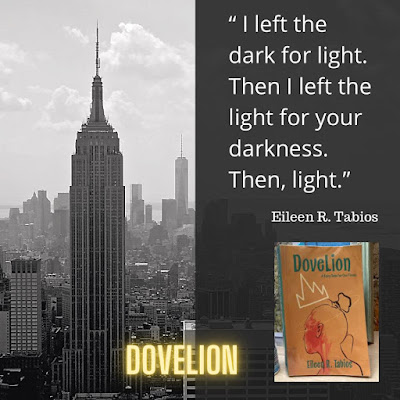 Some books change you. Others haunt you. This one did both—and more—in a time when words have been difficult.

We are also celebrating the 2021 paperback edition of The In(ter)vention of the Hay(na)ku: Selected Tercets 1995-2019 which originally came out as a hardcover in 2019. For information about it, go to the Title's Link, and here are some images about the book: 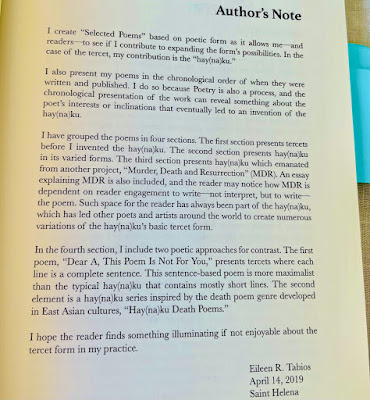 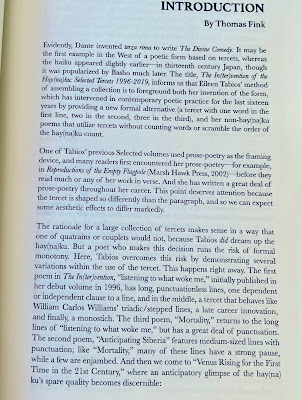 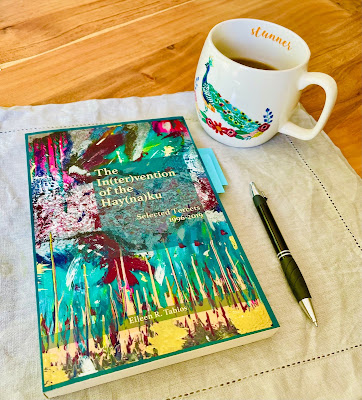 ~~
FOR MORE INFORMATION ABOUT THE AUTHOR AND HER FIRST NOVEL: https://eileenrtabios.com
Posted by EILEEN at 1:51 PM No comments:

Email ThisBlogThis!Share to TwitterShare to FacebookShare to Pinterest
Labels: DOVELION, Intervention of the Hay(na)ku: Selected Tercets 1996-2019, Poetry As A Way of Life

MY FIRST BOOK IN FRENCH TRANSLATION

will be available in bookstores in

Bordeaux
Bruxelles
Dijon
Libourne
Lyon
Marseille
Martigues
Mont-de-Marsan
Nantes
Paris
Strasbourg
Toulouse
You can see bookstore addresses at http://seriediscrete.com/librairies/
And it is also available for online order at https://www.helloasso.com/associations/poesie-mobile/collectes/serie-discrete-souscription-printemps-2021
If you read it and enjoy it, let me know as I won't be able to read it; sadly, I'm not fluent in French. Merci!
And thanks as ever to my translator Samuel Rochery! 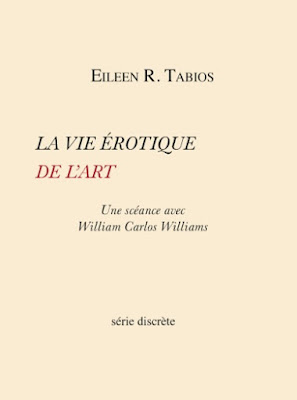 Posted by EILEEN at 9:13 AM No comments:

A READING ON KAPWA!

YOU ARE ALL INVITED! 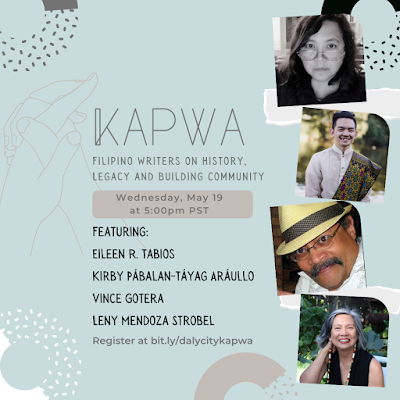 Posted by EILEEN at 9:55 AM No comments:

Email ThisBlogThis!Share to TwitterShare to FacebookShare to Pinterest
Labels: Readings & Other Appearances 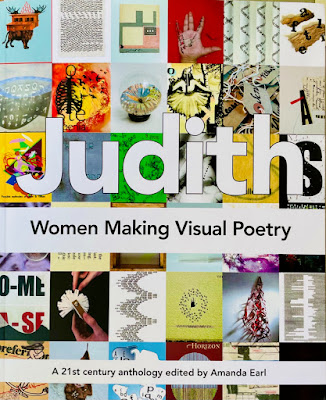 I am THRILLED over my reading du jour: a long-overdue and historic anthology on "Women Making Visual Poetry" edited by one of my perennial favorite vizpo artists, Amanda Earl, and published by the visionary Timglaset/Joakim Norling. The last image below presents my favorite discovery from the book, Viviane Rombaldi Seppey. The book lists 1881 women making vizpo so it'd be difficult to include images from everyone; but what I love about that list is the power it presents for debunking the notion that not many women make vizpo (and I'm happy to be included!). It also allows me to make discoveries even without images--for example, I didn't know Mary Ruefle made vizpo, did you? I present the list here because I recommend you check them/us out, too. (Click on images to enlarge.) 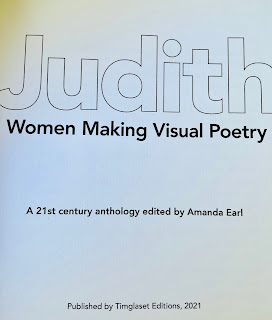 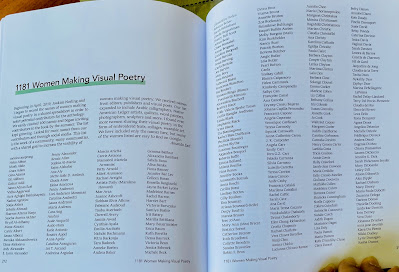 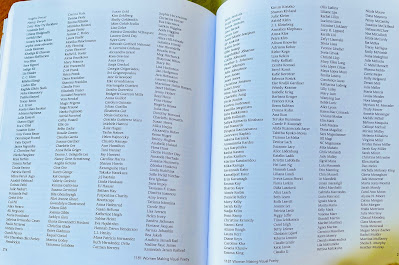 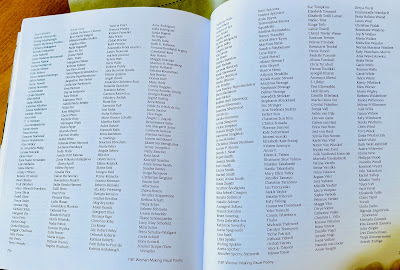 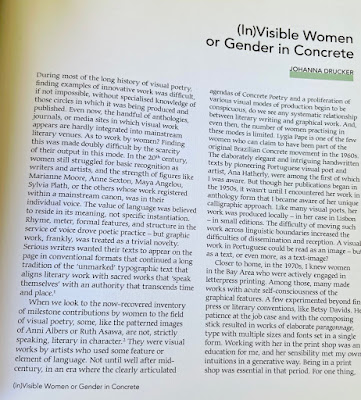 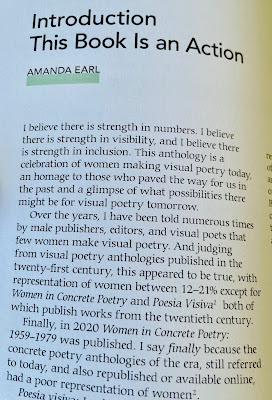 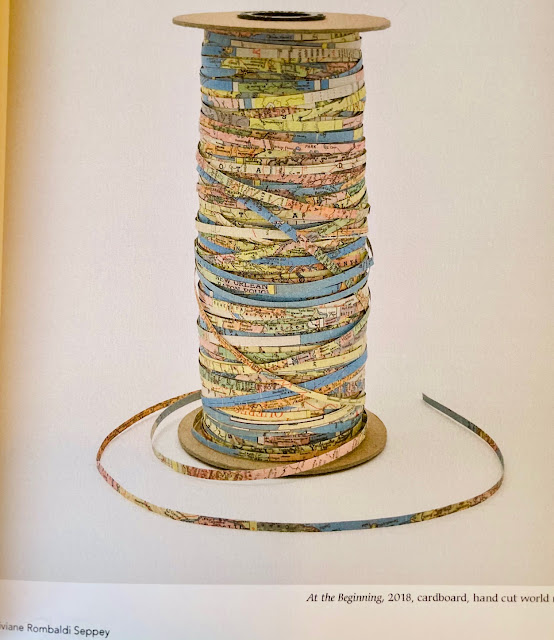 Posted by EILEEN at 8:30 AM No comments: 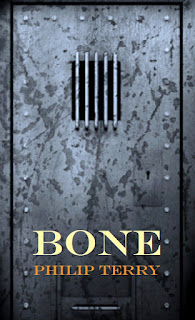 It's been a while since I so relished a bit of Oulipian writing: I'm grateful to Philip Terry's novel, BONE, out from stellar Grand Iota. I found the writing charismatic -- seemingly effortless as it transcends its constraints, which is also what we want from constraint-based writing. The story's inspiration is interesting, but the story's unfolding flew impressively far from its root source -- a testament to the author's own intellect.

I'm a fan of constraint-based writing--it's a nice way to get past the limits of one's consciousness, and why I'm glad the epigraph is some wisdom from Italo Svevo (see image below). It's not a facet that will get the most attention but DOVELION is actually also written from constraints (I address that briefly at the beginning of this interview at Dichtung Yammer). I enjoyed Mr. Terry's BONE for making this approach organic--he makes the effort look easy! And the story, thus, unfolds with an unforced elegance that I much enjoyed. Do check it out. 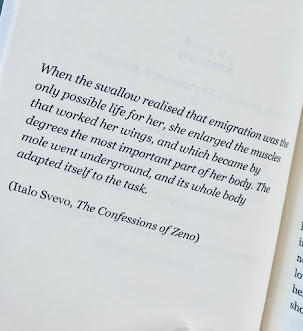 Grand Iota, needless to say, is yet another reason why I appreciate indie publishers. Check them out at https://www.grandiota.co.uk
Posted by EILEEN at 11:32 AM No comments:

Email ThisBlogThis!Share to TwitterShare to FacebookShare to Pinterest
Labels: DOVELION

I was blessed to participate in a Brooklyn Rail-sponsored Conversation with Josiah McElheny and present two poems inspired by some of his artworks. I invite you now to peruse the YouTube Video. I thought his chat with Charlotte Kent is wonderful and interesting. And at about 1:34:10 of video, I present my poems. Here's info: 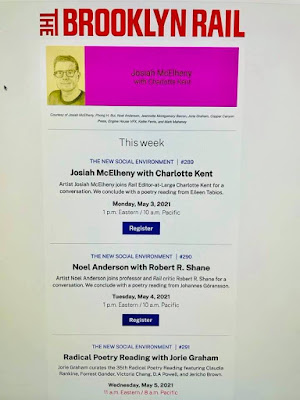 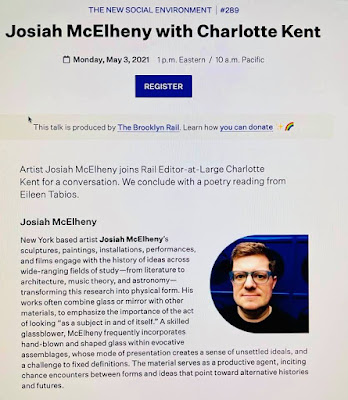 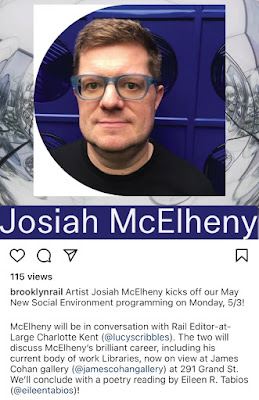 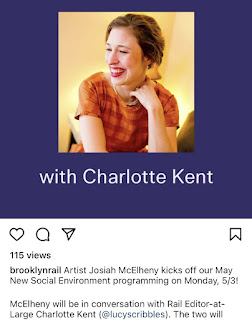 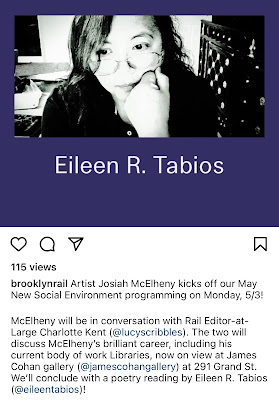 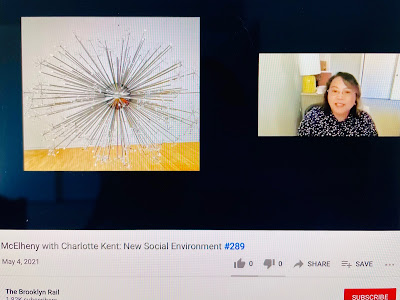 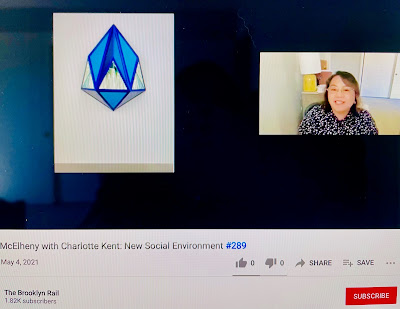 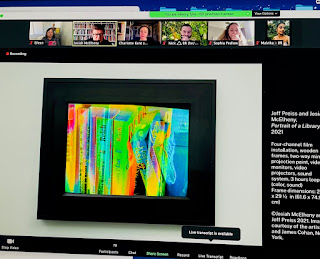 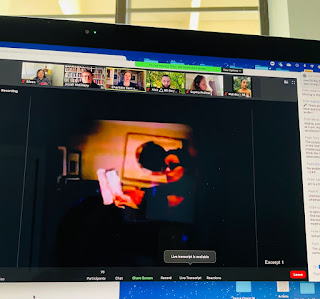 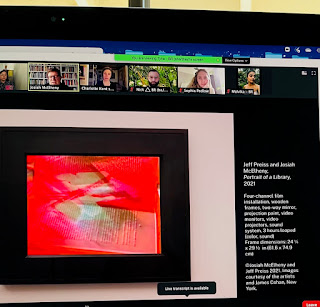 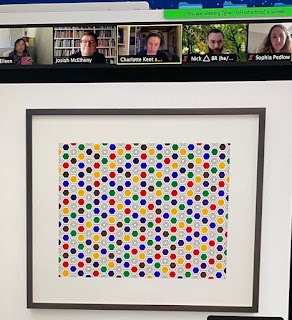