THE TIME HAS COME FOR PAGPAG. FIRST, A SPECIAL RELEASE OFFER! 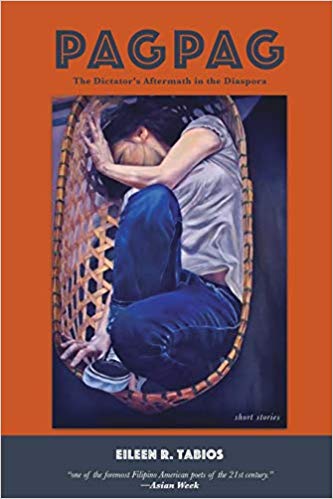 Alternatively, if you wish a signed copy, you also can order one for the same price direct from the author; contact Eileen Tabios at Galateaten at gmail dot com  If you order two or more copies from the author, shipping will be free within the U.S.

Book Description
“Pagpag” is the practice of scavenging through trash heaps for discarded food that the poor then attempts to clean and re-cook for new meals. Pagpag heart-wrenchingly symbolizes the effects of a corrupt government unable to take care of—indeed, abusing—its people. PAGPAG’s stories, while not overtly addressing this radical torture of cuisine, relate to what lurks within the stew created by a dictator’s actions. The aftermath is not always obvious like the imprisoned, the tortured, or the salvaged (murdered); the aftermath goes deep to affect even future generations in a diaspora facilitated by corruption, incompetence, and venality.

Eileen R. Tabios wrote “protest stories” from 1995-2001 against Ferdinand Marcos’ martial law in the Philippines, including “Tapey” which was read for Hawai’i Public Radio. These stories, except for a 2019 story written as a coda, form her new short story collection, PAGPAG. As indicated by its subtitle The Dictator’s Aftermath in the Diaspora, the collection presents stories from the points of view of children brought out of the Philippines by their parents (or other adults) in response to the Marcos dictatorship—children who grew up watching and listening to adults remember the homeland they left behind and who, as adults, can more fully articulate the effect of their histories.

Advance Words
“Pagpag” is a Tagalog word I used growing up to dust off a pillow or a blanket. Now it is used to refer to garbage food scavenged, recooked and resold to poor people. In her short story collection, Eileen Tabios uses both contexts to bridge her personal history with Martial Law and add texture to our already failed historical memory. These stories matter to us more than ever, as many Filipinos struggle under the tight grip of another populist, and as many more have forgotten that we have seen this before, and time is eating its own tail. Tabios begins her poignant collection with a “mamau” (ghost) and reminds us the historical past is not a ghost but a reality we carry with us if we can only see it as such.
—Bino A. Realuyo, author of The Umbrella Country and The Gods We Worship Live Next Door

Pagpag is a provocation, connoting both debris and creative refashioning of memory fragments from the Marcos dictatorship—a legacy that, in the words of Philippine nationalist historian Renato Constantino, remains ruefully “a continuing past,” especially in today’s Duterteland. Here, the remains of the regime, like rescued reminiscences of an era preferred forgotten but not lost are gathered anew in a compelling telling, this time from the lens of a diasporic exile. In this volume, Eileen Tabios captures in scintillating prose the sights, smells, sounds, and ghostly hauntings of that era and offers back to the homeland, as in the gift of a proverbial balikbayan box, her reflections both heartfelt and wrenching.
—S. Lily Mendoza, Executive Director, Center for Babaylan Studies, Associate Professor in Culture and Communication, Oakland University, and author of Between the Homeland and the Diaspora: The Politics of Theorizing Filipino and Filipino American Identities

In these stories Eileen Tabios explores the ways in which the collective experience of Filipinos echoes through generations, following us even if—or when—we drift worlds away from the archipelago. What is the legacy of government cruelty and greed, of poverty, struggle, unwanted uprooting? In the first story (“Negros”), the abject hunger of an ancestor reaches through time to shape the mind and body of a young boy. In the last story (“On Imitating a Rhinoceros”), a daughter watches helplessly as her old father clings to a wavering belief that leaving his homeland was the right thing to do. I recognize myself and my family in these pieces; I am seen and heard. Moving and necessary, this collection invites the reader to grapple with truths in all their difficult, complex beauty.
—Veronica Montes, author of Benedicta Takes Wing and Other Stories and The Conquered Sits at the Bus Stop, Waiting

In this collection of short fiction, author Eileen Tabios contemplates the terrible distances (emotional as well as physical) imposed on Philippine citizens by the country’s colonial governments and postcolonial dictators, abetted by global capitalism. In protest, the central metaphor of Pagpag, “scavenging through trash heaps for discarded food that the poor then attempt to clean and re-cook for new meals,” speaks to various forms of hunger as well as desire for transformation. Brilliantly weaving comedy, satire and elegy, the stories echo tricksterish folk tales, but with a contemporary, introspective edge. Don’t be fooled by seemingly nostalgic peeks into the Philippines’ archipelagic culture: this book cuts deep into long-held illusions, exposing painful truth.
—Jean Vengua, author of Prau and CORPOREAL, and editor of Local Nomad

Email ThisBlogThis!Share to TwitterShare to FacebookShare to Pinterest
Labels: Filipino Literature, PAGPAG, Poetry As A Way of Life, short stories

SPAWNING KLINGON AND HUTTESE! YOU'RE WELCOME! 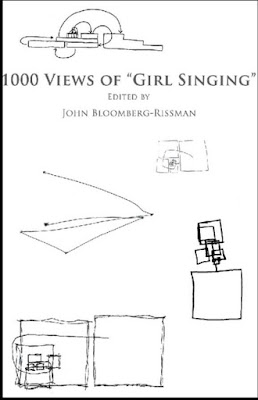 Deep gratitude to the professor-poet Rupert Loydell for using 1,000 Views of ‘Girl Singing’ as a writing prompt for his students at Falmouth University. 1,000 Views..., curated by John Bloomberg-Rissman presents as its core my poem "The Secret Life of an Angel" as well as Jose Garcia Villa's "Girl Singing." Rupert says:

“The work will be produced as part of our new WRITING AS A READER first year module on the Creative Writing degree at Falmouth University, which considers writing about, back to, from and responding to texts of all kinds (including written, spoken, the visual, aural, as well as poetry, fiction and non-fiction) including reversionary writing, collage, reviewing, adaptation, pastiche and parody, using texts as source material (literally and thematically), creative responses, as well as critical responses. It also considers genre, information content, point of view, tone and literary context.”

The poems are up at Zeitgeist Spam (thanks JBR for posting). These are always a lot of fun!  Go to link to see all poems but I feature below the three in non-English languages: Huttese (language of Jaba the Hutt from “Star Wars”), Klingon, and Afrikaans.

[Note: "my version of "secret life of an angel" in "Klingon" from “Star Trek"--Jake Leins]

Posted by EILEEN at 3:47 PM No comments: