Want to be in my Archives? So, further to the ultimate disposition of my literary Archives many years in the future (many years please as I’m only in my 50s), I’m preparing what will be the first batch of papers, books, etc. that I’ll be sending over late next year (I can’t reveal where Archives will be yet but look forward to sharing that info with you) -- and it will be focused on the hay(na)ku!  As reminded by a poet laureate, Zvi A. Sesling, who emailed me a hay(na)ku yesterday, it occurs to me that I can include correspondences containing or related to hay(na)ku! So if you care to, do email me at galateaten at gmail dot com . I prefer emails so I can print such out.

Of course, if you have books, chaps, or anything else related to the hay(na)ku, I’d be very interested (I’ll buy books!) in acquiring them so do let me know!

I’m also so pleased to provide a permanent repository for those who I know have already engaged with the hay(na)ku – from those with single-author hay(na)ku poetry collections to those who’ve participated in the various hay(na)ku anthologies. Thanks to you all! And now, here’s Zvi’s recent hay(na)ku! 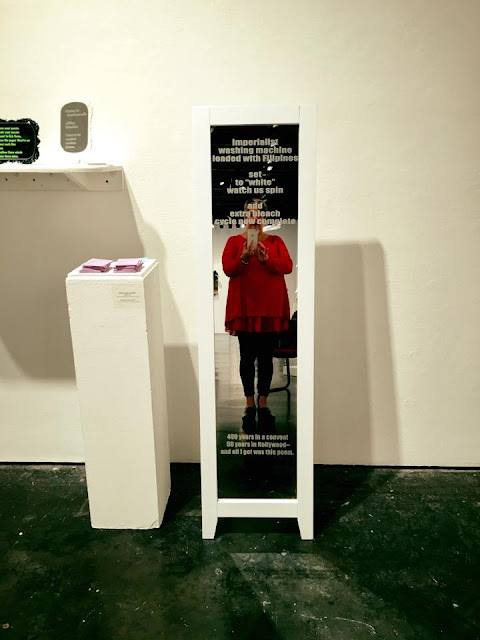 Posted by EILEEN at 9:54 AM No comments:

DELIGHTED TO BE IN ELLE, ITALY FOR FEMINISM!


“Honor and Respect for Philippine Women, Whose Feminism Is Pure Poetry Of Resistance”

Feminism is many things: it is struggle, it is sisterhood, it is questioning oneself, it is telling oneself and communicating. There are a thousand ways to contribute to the cause and creativity is a powerful tool, never to be underestimated. On this we have much to learn from Filipino women because, over the years, their feminism, as well as enriching themselves with battles and political victories, has fed on literature, art, but above all, poetry.

In the Pacific islands women have always actively participated in public life: from the pre-colonial phase, when the female figure of the babalyan (a sort of shaman with healing powers) acted as a spiritual guide for the community, during the period of Spanish domination, when many women have joined the struggle for independence; from the Second World War, which made Filipino women victims of atrocious violence, after the war, which saw them organize themselves into a movement that over the years has become increasingly strong.

Filipino feminism, therefore, is inextricably intertwined with the country's colonial past, as well as the strong tensions and class disparities that characterize it. However, it also has another characteristic: it knows how to amplify women's voices to launch important messages and, to do so, it uses literature and, in particular, has a close connection with poetry. Whether it's talking about independence from colonial rule, stereotypes, violence and patriarchal society or freedom and pursuit of one's own female identity, Filipino women have never pulled back, using their own verses as a tool for social struggle. The landscape is vast: from the mid-1900s poets like Angela Manalang Gloria or Marra Lanot - who have put in the verse the frustration of having to look like a perfect and unreal female model - to contemporaries, like Barbara Jane Reyes and Eileen R. Tabios.

The result is a cultural background that has roots in the past, but continues in the present and that constitutes the soul of the movement, its most intimate part. Precisely for this reason the independent publishing house Gantala has decided to protect this heritage, recognizing its cultural and political value. "We want to promote poetry and essays as research, investigation and documentation tools. We do not want these forms to be exclusive to writers, academics and award-winning artists who have participated in "prestigious" national seminars, "explained co-founder Rae Rival. The project is openly feminist, but it also has a strong link with the rural world according to the principle dear to Rival that "the feminist struggle goes hand in hand with the struggle of the people".

Of course, the road to equality, in the Philippines as in the rest of the world, is still long. Demonstrations, strikes and political battles will be needed, but the value of words should not be forgotten. Poetry can be the means - personal and profound - to express anger and pain, to support each other, to resist, to fight.

Posted by EILEEN at 2:14 PM No comments:

Marsh Hawk Review's Fall/Winter 2019 issue, edited by Thomas Fink, has just been released. You can see it HERE. Here are the participants: 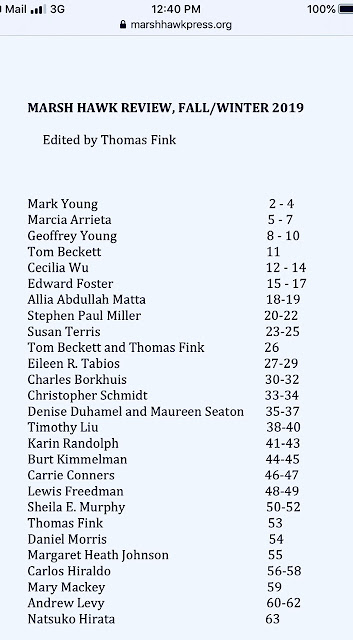 Posted by EILEEN at 2:49 PM No comments: 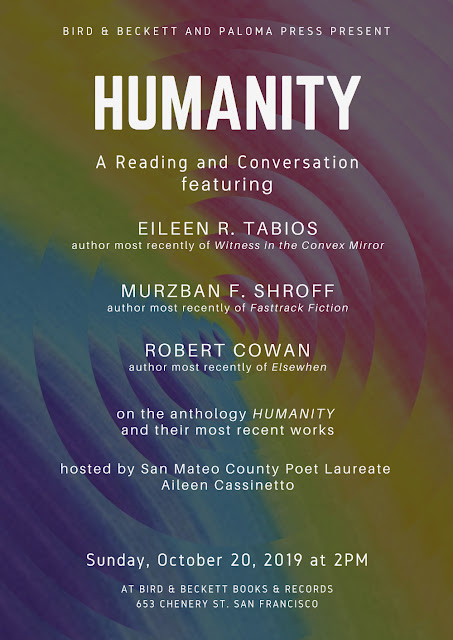 This Sunday at Bird & Beckett Books!
“What, in this human condition, is worthwhile?” A reading and conversation with St. Helena-based author Eileen Tabios, Mumbai-based author Murzban Shroff, and New York-based author Robert Cowan.
10/20 at 2pm, 653 Chenery St SF
This event is free and open to the public. Light refreshments and wine will be provided.
ABOUT OUR FEATURED READERS:
ROBERT COWAN is a professor and dean at the City University of New York, and a volunteer instructor at Rikers Island Correctional Facility. He is the author of two hybrid-genre collections—Elsewhen (Paloma Press, 2019) and Close Apart (Paloma Press, 2018), and two monographs—Teaching Double Negatives (Peter Lang, 2018) and The Indo-German Identification (Camden House, 2010). His poetry, fiction, creative nonfiction, and scholarship have appeared in various journals and anthologies.
MURZBAN F. SHROFF has published his stories with over 60 literary journals in the U.S. and UK. His fiction has appeared in journals like The Gettysburg Review, The Minnesota Review, The Saturday Evening Post, Chicago Tribune, and World Literature Today. His non-fiction has appeared in India Abroad, The New Engagement, and The American Scholar. Shroff is the winner of the John Gilgun Fiction Award and has garnered six Pushcart Prize nominations. His short story collection, Breathless in Bombay, was shortlisted for the Commonwealth Writers’ Prize in the best debut category from Europe and South Asia, and rated by the Guardian as among the ten best Mumbai books. His novel, Waiting For Jonathan Koshy, was a finalist for the Horatio Nelson Fiction Prize. Shroff represented Mumbai at the London Short Story Festival and was invited to speak about his work at the Gandhi Memorial Center in Maryland, University of California Los Angeles, California State University Monterey Bay, the Institute for South Asia Studies at UC Berkeley, and the Annenberg School for Communications & Journalism at the University of Southern California.
EILEEN R. TABIOS loves books and has released over 60 collections of poetry, fiction, essays, and experimental biographies from publishers in ten countries and cyberspace. Publications include form-based Selected Poems, The In(ter)vention of the Hay(na)ku: Selected Tercets (1996-2019), THE GREAT AMERICAN NOVEL: Selected Visual Poetry (2001-2019), INVENT(ST)ORY: Selected Catalog Poems & New (1996-2015), and THE THORN ROSARY: Selected Prose Poems & New (1998-2010); the first book-length haybun collection, 147 MILLION ORPHANS (MMXI-MML); a collection of 7-chapter novels, SILK EGG; an experimental autobiography AGAINST MISANTHROPY; as well as two bilingual and one trilingual editions involving English, Spanish, and Romanian. Her award-winning body of work includes invention of the hay(na)ku poetic form as well as a first poetry book, Beyond Life Sentences (1998), which received the Philippines’ National Book Award for Poetry (Manila Critics Circle). Her poems have been translated into ten languages as well as computer-generated hybrid languages, paintings, video, drawings, visual poetry, mixed media collages, Kali martial arts, music, modern dance, sculpture and a sweat shirt. Additionally, she has edited, co-edited or conceptualized 15 anthologies of poetry, fiction and essays as well as exhibited visual art and visual poetry in the United States, Asia and Serbia.
ABOUT HUMANITY 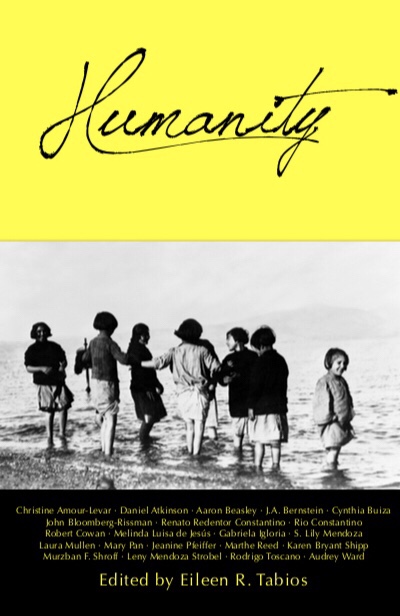 Posted by EILEEN at 7:35 AM No comments:

Email ThisBlogThis!Share to TwitterShare to FacebookShare to Pinterest
Labels: HUMANITY, Readings & Other Appearances

... and we all know that world jetsetter "hay(na)ku"! Now, it's been picked up by poet-visual artist Toni Twong. I post some of her works below, including a moving one written for her Dad. Then she sent me one of  her artworks and I riffed off some hay(na)ku in response and post that too! Twas previously posted on Facebook's CANVAS TO MY SOUL site that presents poetry, art, photography and music! 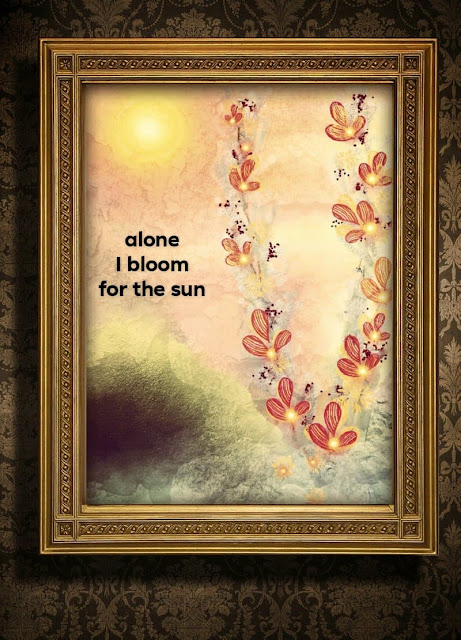 Here's a moving one Toni wrote for her father Dana Turner: 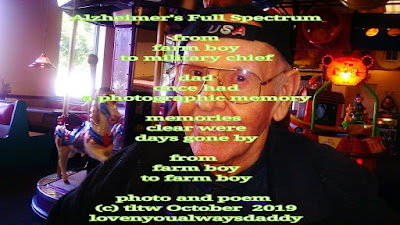 This one made my old heart laugh: 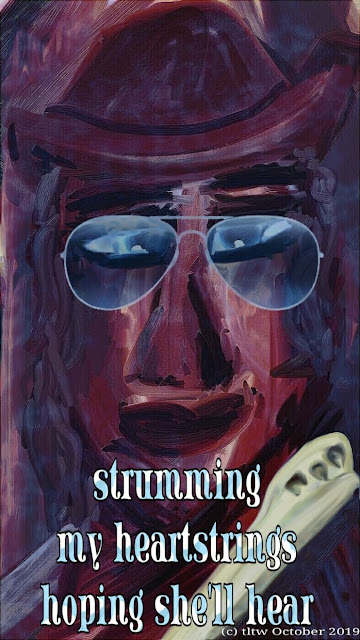 And here's our collaboration -- Toni sent me a rose and I riffed offa my middle name! 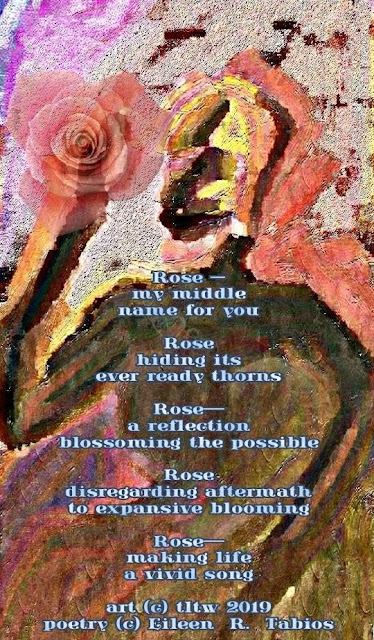 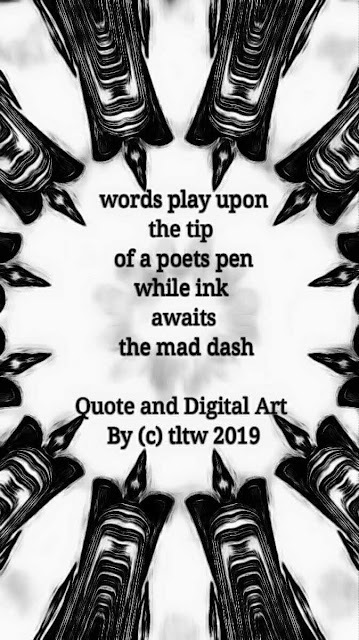 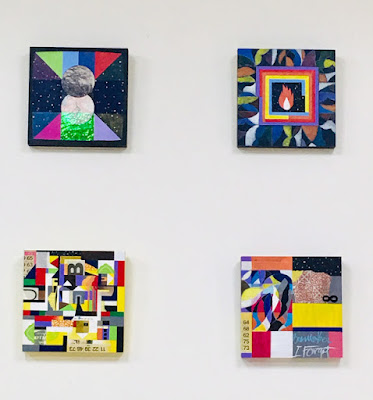 You are invited to North Fork Arts Projects which is pleased to celebrate October as Filipino American History Month by presenting an exhibition of four new paintings by Jean Vengua. Jean’s exhibit is entitled “Poetry Ekphrasis” as each of her paintings is rooted in poems by four poets: Nick Carbo, Eric Gamalinda, Barbara Jane Reyes, and Eileen R. Tabios. Ekphrasis is art inspired by another art form, in this case paintings inspired by poems. Both paintings and poems are presented, as well as a Q&A regarding Jean’s painting process—an illuminating way to enjoy the beauty of Filipino-Pilipinz artistic creativity!
The paintings are

You can see the exhibition HERE.