REFOCUSING ON THE SUN


Well.  This morning, I ended a week of Netflix-bingeing, finishing the last of five years worth of "Alias."  Amazing what happens when an obsessive distraction ends--I finished another chapter in MY RUSSIAN NOVEL.  More importantly, I can finish putting together this week the manuscript for my next book, SUN STIGMATA (Sculpture Poems) which is forthcoming this Fall from Marsh Hawk Press.  Gotta get that to book designer next week!  Here's an appetizer, some blurbs about what will be (I think) my 21st poetry collection:


"Eileen Tabios's poems twist like silk scarves caught in the wind, offering ardent calligraphies and sly subversions of the passions, so many ways of naming lucidity."

In her new collection, Sun Stigmata, Eileen Tabios has sculpted poems of light and shadow by using the blade of time to cut through stone. What is revealed as “through a ripped hole in space,” is rendered “as unforgiving as a sniper’s eye…” With lapidary precision, Tabios links the personal to the eternal while deepening what is essentially human: “…did the Greeks attain/ Purity? / Did I earn the moments/I made my mother cry…’ Whether she is probing Rimbaud in the act of assigning colors to vowels, or recalling a lost generation of women in Manila “hugging ashed corners of hopeless streets,” the voice is urgent and oracular, riding the radar between orders, implicit and explicit, in time and space. “The most implacable border/ can be the invisible/so that nothing is hidden from sight.” Sun Stigmata reminds us of what art can do when it rises to the level of Mystery in which the initiates are transformed: the stigmata incarnated on these pages bleed spirit and awaken soul. 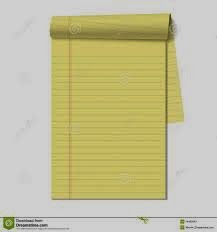 SUN.  STIGMATA.  One version requires picturing a lined page.  Lines can be text or literal lines, as on the ubiquitous legal notepad.  Stigmata might be those lines, by cracking the field of the page.  Sun?  Might be the yellowness of the notepaper.  Entonces, we come to SUN STIGMATA's cover image, made from pages from a legal notepad, thus elevating the mundane to the sublime as Art can do.  Courtesy of stellar New York-based artist Emmy Catedral: 
I thank these poets and artists for supporting SUN STIGMATA.  Maraming Salamat!