I BET THIS ALSO WAS "GUILTY PLEASURE" FOR THE CIA! Guilty pleasures: I’m almost finished Netflix-bingeing on five seasons of ALIAS, a TV series during the 1990s starring Jennifer Garner as a CIA spy.  Said binge is actually what caused me to read the new memoir by former lead lawyer for the CIA John Rizzo, COMPANY MAN: THIRTY YEARS OF CONTROVERSY AND CRISIS IN THE CIA.  I’m just inserting images of Garner’s CIA role to spice up the blog and because Rizzo notes in his memoir that, actually, most CIA agents look like accountants (laugh). 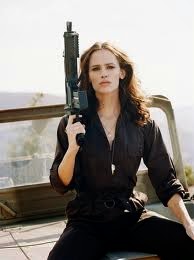 Entonces, here’s moi latest update of my Recently Relished W(h)ine List below.  As ever, please note that in the Publications section, if you see an asterisk before the title, that means a review copy is available for GalateaResurrects!  More info on that HERE.

ES VERDAD, poems and photos of horses and one dog by jim mccrary (muy fabuloso!  So wonderful I offered to, and will publish in next issue of Galatea Resurrects, this unpublished chap)

*  THIS THING JUST HAPPENED, poems by Lars Palm (review copy available as a .pdf at http://gradientbooks.blogspot.se/2014/02/lars-palm-this-thing-just-happened.html)

THE CASTING OF BELLS by Jaroslav Seifert, Trans. From the Czech by Paul Jagasich & Tom O’Grady (I confess I found most of these poems by this Nobel Prize winner to be inert, but don’t know if that’s the poetry or the translation)

*  AMNESIA OF THE MOVEMENT OF CLOUDS & OF RED AND BLACK VERSE, poems by Maria Attanasio, Trans. By Carla Billitteri

*  MY RESIGNATION, poems by Maureen Thorson

*  THE TULIP-FLAME, poems by Chloe Honum

*  THIEVES IN THE AFTERLIFE, poems by Kendra DeCoto

HOROSCOPES FOR THE DEAD, poems by Billy Collins

THE LITTLE BOOK OF HAPTIC DRAWING by Jean Vengua

CHASING CHAOS: MY DECADE IN AND OUT OF HUMANITARIAN AID, memoir by Jessica Alexander

YOU CAN BUY HAPPINESS (AND IT’S CHEAP): HOW ONE WOMAN RADICALLY SIMPLIFIED HER LIFE AND HOW YOU CAN TOO, memoir/study by Tammy Strobel

THE CHASE, novel by Janet Evanovich and Lee Goldberg

In the category of "Why not?" here's more Jennifer Garner as a CIA spy: 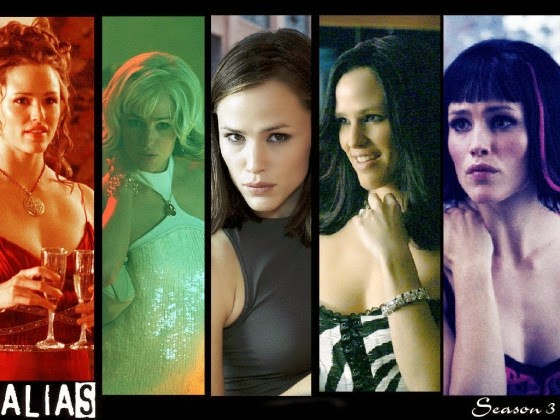