ON THE DEMANDS OF SCALE

One reason I'm relieved to find a publisher for 147 MILLION ORPHANS is that it's the last completed poetry manuscript in my files.  After this book, as well as my Fall 2014 release, SUN STIGMATA, I feel I can go back to something I've always wanted to do but never was capable of doing before:  a HUGE NOVEL.  And I think I was incapable of writing that particular novel because I hadn't experienced/matured sufficiently for its type of effort. 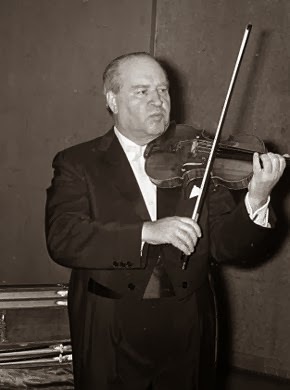 It's like Tchaikovsky's Violin Concerto -- maturity may matter.  (I say "may" because I don't really know, but am hazarding forth this speculation though no doubt there are exceptions.)  Compare the young violinist Sayaka Shoji's rendition with the seasoned David Oistrakh's (longer link below)… I want to write a novel the way Oistrakh plays his violin.  What Oistrakh reveals is a particular COMMAND (Shoji has it, too, but in a different way) … that translates to a poignant luminosity for which effect there is no shortcut.  One must bring a certain history to its manifestation. And history requires/ed time.

When I was in about 6th or 7th grade, I used to walk around middle school with huge Russian novels.  WAR AND PEACE and such.  I didn't read them then (I began but couldn't finish them); I just walked around with them because I loved their heft.  I admired the ambition of the HUGE TOME.  I was weighed down and loved the physical feel of being weighed down by their heft.

And now I want to be the one creating rather than only receiving that effect.  Forty years later, I can begin.

But I couldn't get here, I felt, if I shortchanged my efforts for Poetry.  Clear space and all that.   Some of you have asked about my prolificness -- this explains it.  I will have released over twenty (I've actually lost count) poetry collections by the end of this year.  I would have done so in less than 15 years (with the generosity of numerous publishers willing to facilitate my journey--thank you!).

Until this post, I've never particularly tried to articulate my rush to release my poetry out there. Well, it's because I was eager through the years to get to this particular phase -- that writing of this HUGE NOVEL.  What I also appreciate about this phase?  I don't know if I'll succeed … and I welcome that uncertainty.  Because Poetry trained me not to fear instability, flux, and the unknown.  Poetry taught me faith.

So these 2014 poetry books, 147 MILLION ORPHANS and SUN STIGMATA, may be the last poetry for a while as I … go old-style Russian[+plus] in the 21st century.

In the best 49 minutes, six seconds you may devote to your screen (none of this twittery stuff), here is the MAGNIFICENT David Oistrakh with Tchaikovsky and Bach: