147 MILLION ORPHANS will be the first book-length haybun poetry collection.  A "haybun" consists of a hay(na)ku tercet followed by prose.

Though I invented the hay(na)ku, I've never been one of its most adept or prolific practitioners.  Indeed, the first book-length hay(na)ku poetry collection to be released was NOT EVEN DOGS by Mexican poet Ernesto Priego.  I've always thought my maximalist tendencies hindered me from the hay(na)ku …

But the haybun incorporates aspects of my beloved prose poem form and so perhaps it makes more sense that I would inaugurate its first book manifestation. 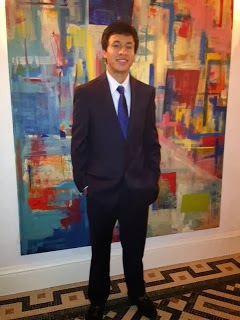 Anyway, I was telling my son about 147 MILLION ORPHANS as he ate breakfast this morning because it wouldn't have been possible without him.  That is, every single hay(na)ku in the book was (randomly) generated from one of his school projects.  In 8th grade, he had been  encouraged to learn English by learning 25 new words a week for the entire school year.  From that list of words, I created tercet prompts for haybun by simply lifting six words chronologically from his list.

To which he responded positively but in a non-heightened way (for lack of a better way to put it).  By "non-heightened," I mean that he wasn't responding THAT'S COOL! or NOT COOL! in some manner that would recognize the topic to be special.  The topic wasn't "special" per se; the topic was just a normal topic, much like weather or football.  And this is what I appreciated the most -- that poetry was ASSUMED to be part of one's life, not something in some special-but-Other category separate from our "normal" lives.

That was making my day.  But that's not all.  During the conversation, I had David Oistrakh playing in the background.  And Michael said, "Mom, that's pretty good" (though with a slightly surprised tone because he usually thinks my music choices suck).

A bit taken aback, I said, "Ah. You should listen to more classical music."

My Eminem-obsessed son replied, "Sure."  Sure, l echoed in my mind, with a full heart, as I saw him with my mind's eye wearing his brand new Red Hot Chili Peppers t-shirt. 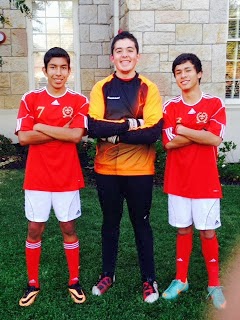 I tell you -- there is something special about watching a child (continue to) blossom.  Five years earlier when he came into our life, he had been so small-ified by what he'd experienced thus far in his life.  Now, he's blossoming (and in ways many "experts" with orphans would not have thought possible for him).  When a child is raised not orphaned by Love, it shows -- on the right, he's on Varsity Soccer with two teammates I know also to be loved by their families.

What I didn't tell Michael is that 147 MILLION ORPHANS ends with this in the Acknowledgements section:

Last but not least, much love to Michael who is so good in English he even writes poems.  Thank you for sharing your words. If it needs to be said, this book is about 147 million orphans, not you who is a beloved son.

Well, I began posting about a book and end up discussing … my son.  But, the artist is always informed by hir life.  Reminds me of that violinist-character in "A Late Quartet," another Netflix movie I binged on recently.  He told this younger violinist, "If you insist on playing the [Beethoven's] '131' prematurely, read his biography first" before going to his bookshelf and taking out a three-volume biography.  This, I think, says something -- not just about violinists wanting to hearken the speed of the virtuoso Heifetz but the poets who focus on technique to the detriment of (not content but) soul.

This post seems to be going all over the place.  But that's probably why they say breakfast is the most important meal -- to set one up for the rest of the day…

So I might as well digress further by sharing yet another drawing by Michael.  He calls it "Star."  I call it "St-ars Poetica."  Because isn't a star also subjective, all in the beholder's subjectivity, recognized or not by a soul? The first time I saw this drawing, I wanted to write a new book just so I could place the image on its front cover! 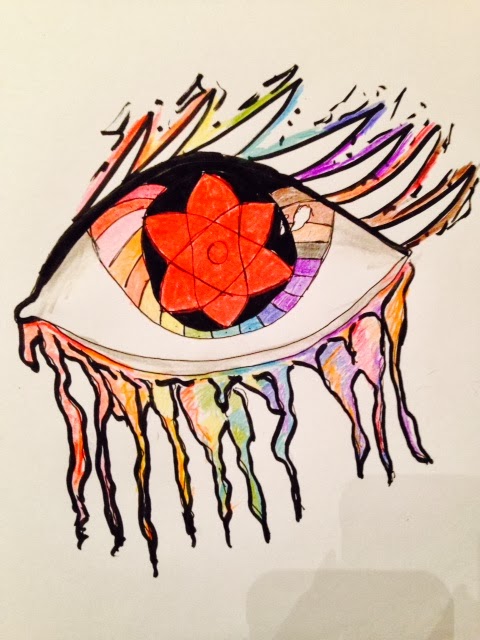 I always feel blessed when Michael spreads his Son-Shine.