WHY I SHOULD DUST MORE

I was straightening out the shelves of review copies for Galatea Resurrects last week.  I got distracted into reading several times.  From such activity, too, did I come to do reviews of the poetry collections by Abigail Welhouse, Dan Beachy-Quick, Susan Terris, Jason Bredle, among others as I haven't finished the task yet.  A nice effect of dusting.

And here's the rest of my latest Relished W(h)ines update of recently imbibed books and wines.  As ever, please note that in the Publications section, if you see an asterisk before the title, that means a review copy is available for Galatea Resurrects!  More info on that HERE. 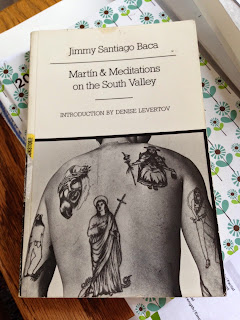 *  PHOENIX, poem by Ouyang Jianghe, translated by Austin Woerner, and with images of the massive two-bird sculpture of the same name by Xu Bing which inspired the poem (Gorgeous production, excellent translation essay and persuasive poem in its English translation. LPR #183)

THE BOOK OF FERAL FLORA, poetry by Amanda Ackerman and various plants (smart and delicate. LPR #175)

ALL PURPOSE VISPO by Nico Vassilakis (a huge hug. LPR #179)

GUIDE TO THE TOKYO SUBWAY, poems by Halvard Johnston (a wonderful read!)

*  SMILES OF THE UNSTOPPABLE, poems by Jason Bredle (hilarious and witty energy)

WAR OF THE FOXES, poems by Richard Siken

THE EGO AND ITS OWN, erasure poem by Michalis Pichler

I MEAN, poems and ars poetic essays by Kate Colby

THE GODDESS CAN BE RECOGNIZED BY HER STEP, poems by Sarah Mangold

*  THE HEARTS OF VIKINGS, poems by Lesley Yalen

*  THE BEST OF MY LOVE, poems by Aaron Kiely

*  THE SYLLABLE THAT OPENED AN EYE, poetry by Micah Cavaleri

THE BEGINNING OF SORROWS, poems by Ed Foster

*  NO MAP OF THE EARTH INCLUDES STARS, poems by Christina Olivares

ON THE CUSP OF A DANGEROUS YEAR, poems by Lee Ann Roripaugh

NOT HAVING AN IDEA, poems by Donna Kuhn

ON THE WINGS OF INSPIRATION: EXPLORING OUR INNER LIFE THROUGH INTERPRETIVE SYMBOLS, poems and drawings with commentary by Cheryl Metrick and workshop analysis/commentary by Jeree Wade

APPEARANCES: A NOVEL IN FRAGMENTS by Tom Beckett (wonderfully fresh!)

HERE COMES THE SUN: A JOURNEY TO ADOPTION IN 8 CHAKRAS, memoir by Leza Lowitz (wonderful treatment of an extremely complicated topic. LPR #182)

THE INGREDIENTS OF LOVE, novel by Nicholas Barreau