Meritage Press (U.S.A.) and xPress(ed) (Finland) are delighted to announce the winner of The Hay(na)ku Poetry Book Prize competition:

We are also delighted to congratulate the Runner-Up:

The competition was judged anonymously (no authors’ names on manuscripts) by Vince Gotera, Jean Vengua, and Mark Young. About the winning manuscripts, the judges say:

The judges of the Hay(na)ku Poetry Book Prize are pleased to announce the winner: Sheila Murphy’s Reporting Live From You Know Where. The “virtuoso performance” (as one of the judges commented) evident in Murphy’s hay(na)ku collection—essentially one long poem—was satisfying both intellectually and experimentally; it pushes the boundaries of the form, while contemplating the current mess we’re in and “reporting” on, among other things, our diminished state of governance:

an equivalent America
blistered with
false

history
erected to
unteach our children

Yet its explorations do not obscure its heart; the raw edges of emotion are revealed, often as a longing to be “fully healed” as the poet reacts to the conflicted and drastically changing world we find ourselves in, where “nothing/seems safe/according to gossip.”

It’s perhaps a cliché to say that the choice between the top two was difficult, but it’s true. One judge noted that Sheri Reda’s Self-Construct Sequences was in many ways a collection “about hay(na)ku—what it can accomplish, what it can portray—as much as it is made of hay(na)ku…a tour de force in itself.”

Although we are settled on our final choice of Reporting from You Know Where, we are also honored by the considerable efforts and expertise presented in the top two manuscripts, and indeed by the other submissions to the Hay(na)ku Poetry Prize, whose work is not mentioned here. They are evidence of the continuing relevance of the hay(na)ku form today.

ABOUT THE HAY(NA)KU POETS 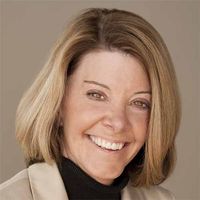 Sheila E. Murphy is an American text and visual poet who has been writing and publishing actively since 1978. She is the recipient of the Gertrude Stein Award for her book Letters to Unfinished J. (Green Integer Press, 2003). Murphy is known for working in forms including ghazals, haibun, and pantoums in her individual writing. As an active collaborator, she has worked with numerous writers in long poems spanning multiple volumes. Murphy’s visual work, both individual and collaborative, is shown in galleries and in private collections. Initially trained in instrumental and vocal music, her work is often associated with music in its language and rhythmic pulse. Murphy earns her living as an organizational consultant, speaker, and researcher and holds the PhD degree. She has lived in Phoenix, Arizona throughout her adult life. https://en.wikipedia.org/wiki/Sheila_Murphy

Sheri Reda is a writer, editor, performer, and librarian who also maintains a practice as a Master Life-Cycle Celebrant.  Her degrees—in Modern Letters, Religions and the Arts, and Information Sciences—support her voracious appetite for creative endeavor. Sheri performs stories at venues throughout the Chicago area and cherishes her continued association with the Neo-Futurists.  Her book of political poems, entitled Stubborn, is available to order through Moria Press.