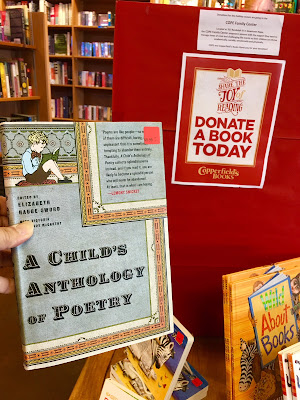 The most minor act of activism can be so exhausting!  Today, while at Copperfield Books bookstore, I noticed a donation display requesting books for COPE Family Center which is described as a place that “empowers parents with the support they need to manage times of crisis and challenging life events so their children can thrive academically, socially, emotionally and physically.”  Great idea, so I bought and donated to their bin A CHILD’S ANTHOLOGY OF POETRY edited by Elizabeth Hauge Sword.

I envisioned some kid or two getting their first exposure to poetry through this anthology, and that pleased me. But why was this “exhausting”? Because in going through the anthology’s table of contents, again there was little representation of poets of color … when it’s probable that much of the Center’s constituency may be kids of color.

When I read through Sword’s introduction, she had mentioned that the idea came up partly because there was a dearth of such books when she had to look for such for her son, then in second grade (if my memory is correct on my skimmed read). I believe her, so I bought the book.

But wouldn’t it be great – and time – if such a book also was crafted with the readers of color in mind? Not to say all of that book’s poets need to be POC—William Carlos Williams’ “The Red Wheelbarrow” can certainly speak to readers regardless of their race.  But certainly enough poets of color can be presented, too…  Yes, exhausting to belabor this point.

But does such an anthology exist? I don’t usually pay attention to children’s literature so I don’t know.

AND this incident also is reminding me of when I once judged a teen poetry contest. The prize books were ALL by white males … when a majority of the contestants were Hispanic and female.  I spoke up then, but also resented having to speak up again on what would seem to me to be such an obvious point (as I noted then, “You do know that the country’s Poet Laureate is Hispanic, so it's not like alternative books don't exist?” (Juan Felipe Herrera, at the time, was the Laureate).)

Partly to release the incidents’ bad taste, do let me share why I was in a bookstore this afternoon. While running errands, I deliberately included a bookstore stop because I’m in the middle of reading Shaun Bythell’s memoir THE DIARY OF A BOOKSELLER. I am wallowing in this book, relishing every word and hoping it’ll never end. It’s a book I would shamelessly replicate one day if I ever did the condition precedent of operating a bookstore. Basically it’s the daily diary of a bookseller, including daily sales. You start reading it long enough and you get into a meditative zone formed by mundane but somehow not tedious details of running a bookshop. I’ll post excerpts below … but in honor of this wonderful book, I decided to give some business to the nearest bookstore. Hopefully, Copperfields also stocks Bythell’s book as it is wonderful! 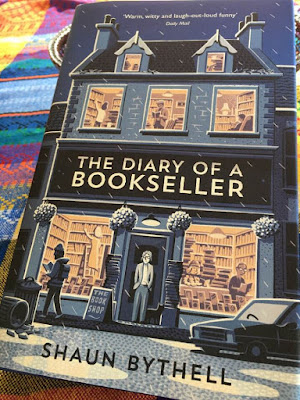 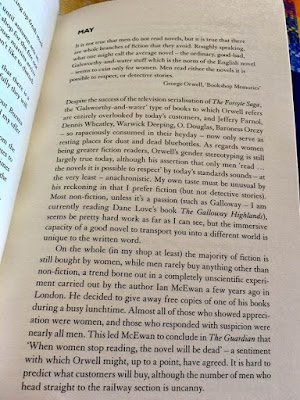 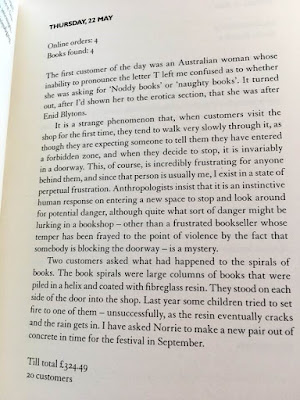 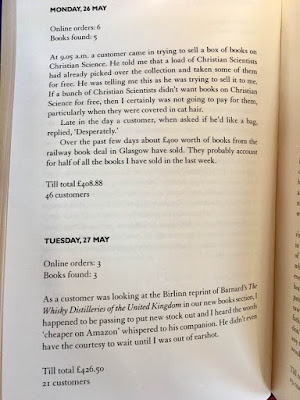 Email ThisBlogThis!Share to TwitterShare to FacebookShare to Pinterest
Labels: Bought Books by Poets or Related to Poetry, Poetics