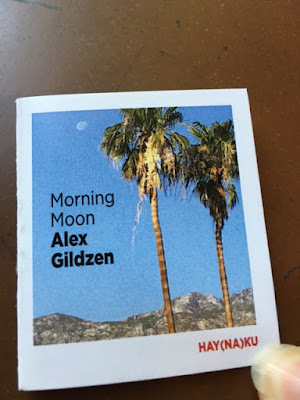 Thirteen years after the hay(na)ku was officially released to the public, the form continues to go strong!  Its most recent publication (that I know of) is

which is an enchanting 2 inch by 2 inch publication from Richard Hansen's marvelous Poems for All. I received this gem in a small letter-sized envelope: 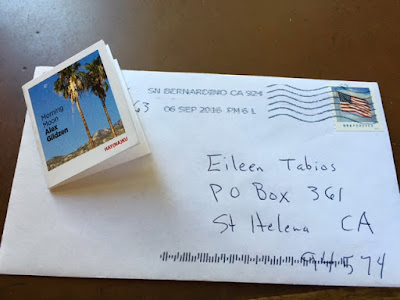 As I was at the local post office, I was able to weigh this gem and it is exactly like the hay(na)ku's receptivity to its multiple interpretations: not heavy! 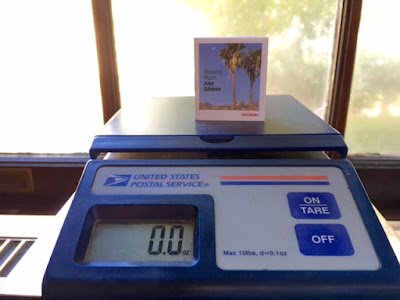 This was "Priority Mail," indeed and I'm so grateful that I received a copy!  (Oh, but if only Alex had provided a teensy signature!) 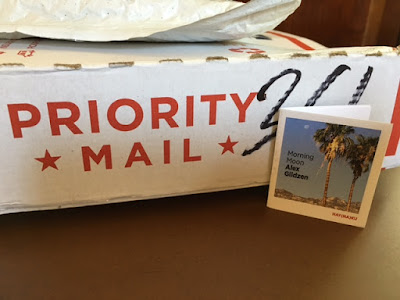 I am grateful to see the hay(na)ku travel. Thank you for welcoming it into your lives!