My latest impetus to try something new resulted in my first visual speculative fiction series, "Kommas," which just found a home at h&, an "occasional journal of visual/concrete poetries and other oddities."  Thanks to curator Ian Whistle.  You can see the 5-image series HERE, and it begins with "Kommas Leaving the Mother Ship" per below: 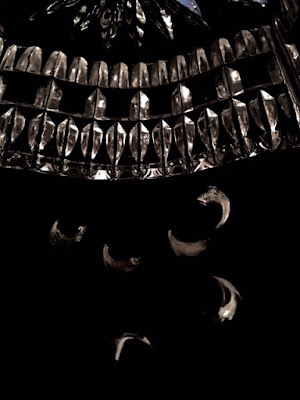 Email ThisBlogThis!Share to TwitterShare to FacebookShare to Pinterest
Labels: Visual Poetry, Where My Poems Are Appearing