POETRY BUYS ME COZ I BUY POETRY! 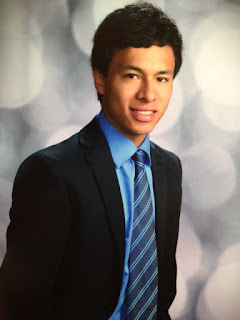 I'm on the road on moi way to dropping off Mi Hijo in college!  Yay!

Meanwhile, here's an update on moi Recently Bought Poetry List of books by poets or about poets/poetry.  I recommend them all!

First, through Black Radish Books' pre-publication special that's a wonderful deal! I suggest you pick 'em up too!

THE  MESHES by Brittany Billmeyer-Finn

Also recommended are these purchases:

THAT WINTER THE WOLF CAME, poems by Juliana Spahr

TO BEGIN WHERE I AM: SELECTED ESSAYS by Czeslaw Milosz, Edited by Bogdana Carpentier and Madeline G. Levine

MY TRANQUIL WAR AND OTHER POEMS by Anis Shivani

YOU DA ONE by Jennifer Tamayo

POSES by Genine Lentine with drawings by Richard Diebenkorn

IN SEARCH OF DUENDE by Federico Garcia Lorca

A SUDDEN SKY: SELECTED POEMS BY ULRIKKA S. GERNES, Trans. and Edited by Patrick Friesen and Per Brask

BURYING THE TYPEWRITER: A MEMOIR by Carmen Bugan

HERE COMES THE SUN: A JOURNEY TO ADOPTION IN 8 CHAKRAS, memoir by Leza Lowitz

Email ThisBlogThis!Share to TwitterShare to FacebookShare to Pinterest
Labels: Bought Books by Poets or Related to Poetry, Family