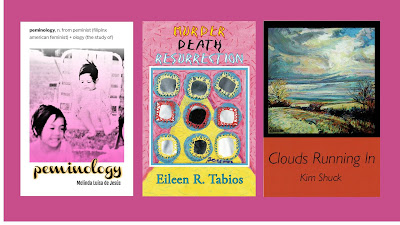 Yesterday, I had the blessing of participating in a reading/book salon with Melinda Luisa de Jesus who was launching her inaugural full-length poetry collection peminology, and Kim Shuck, San Francisco's Poet Laureate at East Wind Books of Berkeley. Great fun, great friends and wonderful poetry. I also had the chance to do a MDR workshop with the audience .... but let me back track.

For the past five-plus years, I've tested MDR's conceit by creating poems -- often by randomly pointing blindly at lines on a print-out of the 1,167-line database -- and then submitting them to poetry publishers, from literary journals to book/chapbook publishers. My feeling was that as long as a wide variety of publishers accepted these poems, MDR's conceit was holding. (To date, I've created about 150 MDR poems which have appeared in journals and created nine books/chapbooks from 2014-2018.)

But after releasing earlier this year the definitive monograph for the MDR Project, I then began live-testing. I took the MDR book to two high school math classes at Berkeley High (thanks to poet-math teacher Carol Dorf who welcomed me into her classes) and to a college first-year class studying ethnoautobiography at Sonoma State University (thanks to poet-scholar Leny Strobel). I deliberately sought classes not focused on poetry or creative writing as I wanted to test MDR on groups who may not have strong preconceptions on what the "poem" is supposed to be. To my own relief, MDR tested effectively with these audiences, with the students creating poems, discussing them with each other, and then reading them to each other. (To my pleasure, the notion of whether it's a "good" versus "bad" poem never came up, with the students simply engaging the poems as poems.)

The East Wind Books reading gave me another chance to test MDR -- and perhaps the first time where most of the audience were poets or those with more distinct interests in poetry than the high school and college courses I visited. Partly given time constraints, what I did was divide the audience into three groups. I told each person to each pick a number at random between 1 and 1,167, and then for each group to put those numbers in the same order. Each group then looked up the lines in the book associated with each number and wrote them down to create a group-created poem. They then were instructed to create a title for their group of lines, their resulting "poem." (Titling, I feel, is one way for the group--some of whom were strangers to each other--to discuss the poem.)

After each group thus created a poem, a representative read the poem to the crowd. After each reading, I asked the other two groups the question, "Was that a legitimate poem?" In all cases, everyone said that what was created indeed was/is a poem. Not surprisingly, several expressed their surprise to me (afterwards) and I joked how I was relieved that all of the poems were deemed legitimate poems. I noted, "This is an experiment I keep waiting to fail."

And, yet, MDR's experiment has not yet failed!

To make a long story short, I said at the reading and repeat here that there's a long, complicated story to MDR's conceptual underpinnings (from a transcolonial dissection of English to the Steinian rub of randomly combined words, to shifting "poet" from author to reader, and so on). But, perhaps ultimately, its success reflects the Filipino indigenous trait of "kapwa"--which relates to how all things and creatures are all interconnected. MDR doesn't just talk but walks the notion of interconnectedness which is, of course, an archetypal rather than specifically Filipino trait.

If you'd like to test MDR's conceit for yourself, you can get the book MURDER DEATH RESURRECTION: A Poetry Generator  which conveniently also has a section for purpose of workshops/lessons. Here's the back cover: 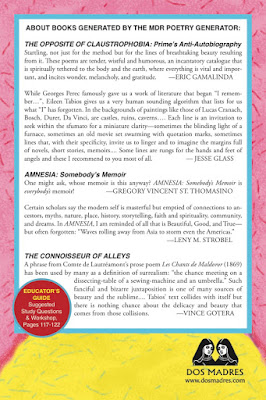 Meawhile, here are photos of the pick-up workshop that occurred at East Wind yesterday. 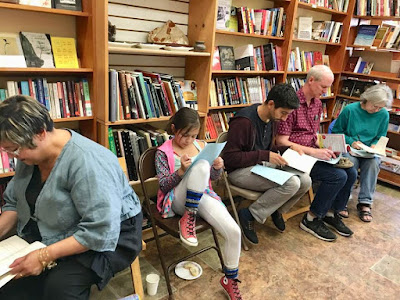 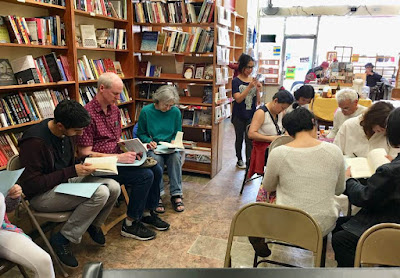 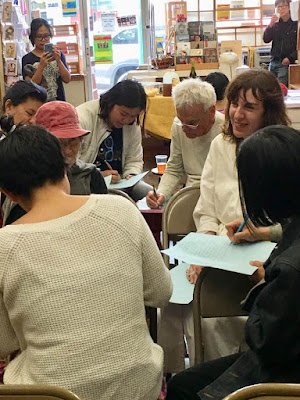 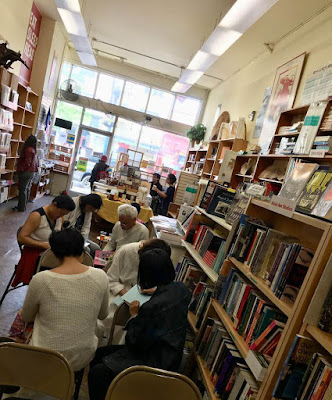 And here are some bonus photos of the event. What a joy to see these smiling faces. 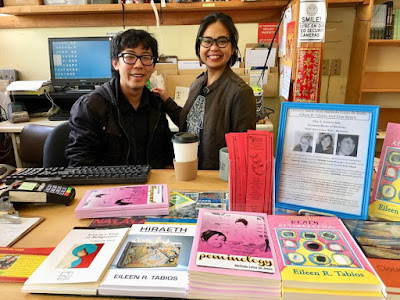 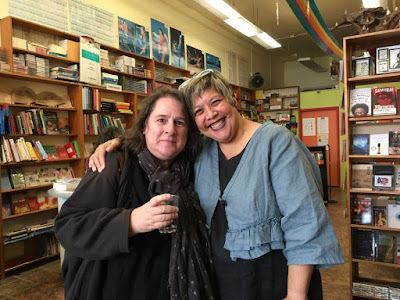 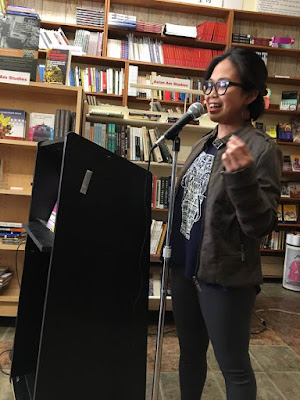 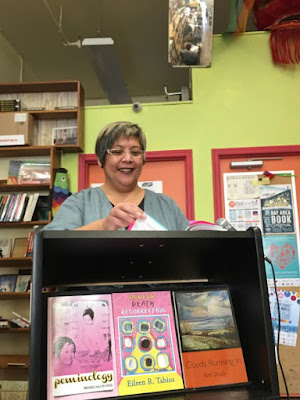 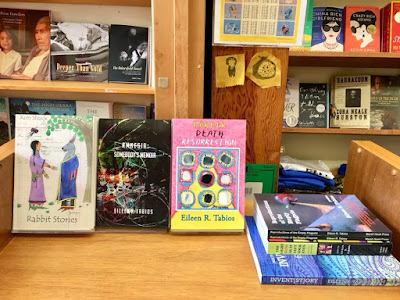 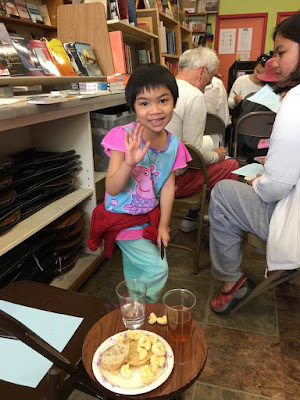