THE ASHBERY TELENOVELA: IT'S RIFFED-OFFED! 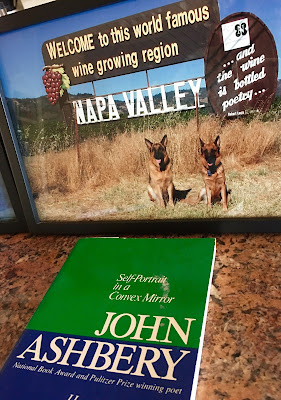 Okay, I wanted 300 poems through "The Ashbery Riff-Offs." But I abhor repeating myself and I could sense the project run out of steam by the time of the 140th poem. I'd already taken John Ashbery with me to spaces so far from his universe--even "pagpag"!  So, 140 poems ... even though that 141st poem was looking good. But I think it's better to stop when there's still forward momentum--sort of like how one ends a poem. So 140 poems it is!

And I'd been riffing them off as fast as I could so that ceasing the writing gave me the chance to see what it'd look like as a manuscript. Well, dang: it looks pretty good as a book! Here's manuscript's first cut as a future poetry collection, with (working) title and envisioned sections: 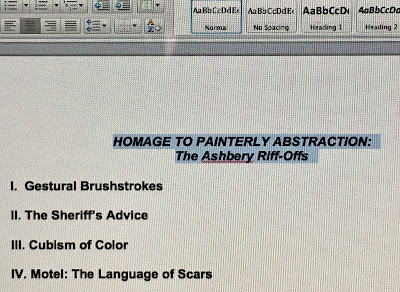 A shot of the current manuscript that I'd organized by manhandling individual poems' pages atop the dining table: 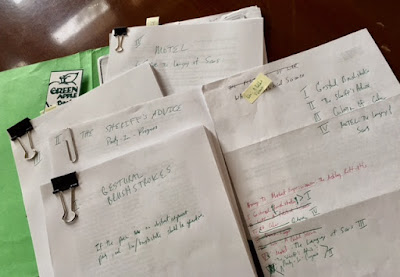 Let the manuscript leave you with a song: 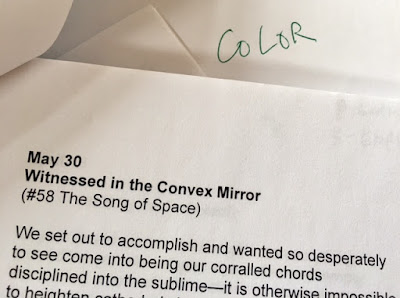 Thank you, John Ashbery.  You were one hella telenovela of a dream: 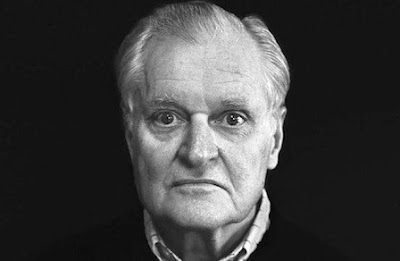 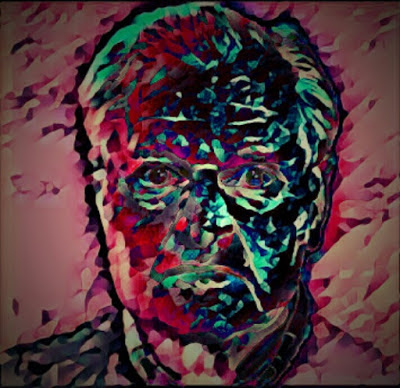