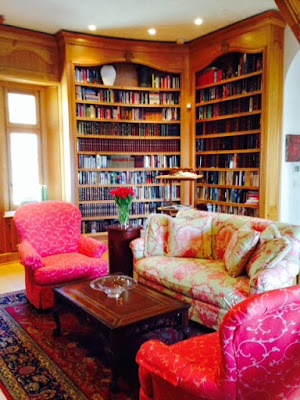 Delighted to update BIBLIOTHECA INVISIBILIS (it’s been too long!) with a reference to El Indio by Manuel Blanco, a 19th century conceptual project.

You can see the notation for the work HERE
but for convenience, I cite from a paper (with a Facebook link) by Angelo Suarez:

"Philippine literary history is not w/o its share of telling silences. Literary historian Resil Mojares writes of the Augustinian botanist Manuel Blanco, a Spanish friar credited w/ having penned Flora de Filipinas, segun elsistema sexual de Linneo (“Flowers of the Philippines, according to thesexual system of Linnaeus”) in 1837, who “was tasked by his order to write atreatise on the character of the Philippine native (indio). The friar secluded himself in a monastery and admonished his confreres that the book he was working on should be opened only after his death. When he died years later, the friars eagerly opened the magnum opus on which their brother had long labored, only to find that the book contained nothing but blank pages.” The book is said to be thick, held together by a cover made of vellum that bore its title, El Indio. Its blankness—reinforced no less by author’s surname, Blanco—cld be read as a testament to either the unknowability of a people or their lack of merit to be even known, or even as either the diligent friar’s refusal to reduce a people into an object of theimperial gaze or the outcome of anthropological incompetence borne of eccentricity. This interpretive indeterminacy, however, veils the possibility of reading the substrate that is the paper itself—such that an equivalency between the indio & the aggregate of sheets is posited, & that conquest is presented not so much as inscription onto the ‘native’ page but the very framing of the sheets as native: the indio is itself an imperial fantasy, a discursive composition."

It's worth noting Manuel Blanco's El Indio, if only to remind that conceptual art is way more than the two CA artists currently in the po-world news.