BEHIND THE SCENES OF SKY GIRL BY ROSEMARY GRIGGS 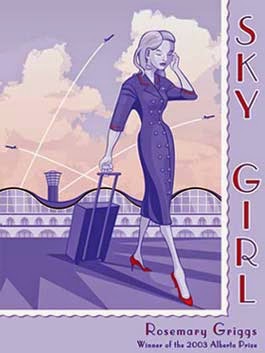 In her second post where I appear, Rosemary talks about the aftermath of 9-1-1.  I was really moved by how one of her fellow flight attendants' moms insisted on flying with her daughter as she had to continue working.... Anyway, Rosemary mentions a class right after 9-1-1 where I did a visit as a Guest Author and discussed the difficulty of finding language right after a tragedy.

I do remember doing class visits, though I don't remember now if it was Rosemary's class where I had brought a copy of my book BLACK LIGHTNING.  I remember holding up the book to the class and saying that, after 9-1-1, I looked at its cover image which was a painting by Theresa Chong.  I said to the class that, after 9-1-1, what had been for me a lovely abstract painting had become a figurative reference to one of the fallen skyscrapers.  I remember holding up my book cover with its image and a newspaper image of the side of one of the World Trade towers to reveal the similarity.  The newspaper had printed the image because, in front of the tower, people were falling... 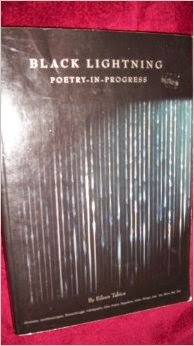 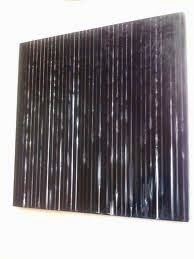 In front of the tower, people were falling.  The felled people apparently included two workers who were trapped up in the skyscraper.  As both looked around them at the burning conflagration in which they were trapped, they apparently looked at each other and agreed:  they both decided to hold hands as they jumped...