FROM THE BELLIGERENT WORLD: "PATHOS" AND "BIZARRIA"

Belligerence can manifest in many ways and one of the examples in Love In A Time of Belligerence has to do with the increased popularity of sex dolls and what such implies. I'm posting below an excerpt from the book's poem "Pathos." I was moved to do this blog post by recent articles on sex dolls relating to their use as for-hire dolls, mimicking prostitution, as well as the more unsavory use of child sex dolls, mimicking pedophilia. At the latter, I admit to having my open-mindedness come to a screeching halt -- what a belligerent world.

Here's an excerpt from how the book addresses this issue in a poem entitled "Witnessed in the Convex Mirror: Pathos":

men collecting rubber sex dolls—yes
one is not sufficient. It’s not only about
sex, though the dolls all share breasts
permanently uplifted in defiance of
gravity. The doll owners put them in
wheelchairs to take them to the beach
to a picnic, to love hotels where mirrors
surround the bed—the doll is property

and the owner is in total control. In
a world changing constantly and in ways
off-putting if not terrorizing to who they
believe they are, the doll owners can
always arrive “home” to dolls whose eyes
ears, mouths, genitals remain ever attentive
...

I'm still processing sex dolls and its implications (see HERE) ... and continuing to be bothered by its pedophiliac aspects so that my aggravation surfaced yesterday in a second poem on the issue. No doubt writing is helping me process. Anyway, here's an excerpt from a new poem from "The Ashbery Riff-Offs" series--it's entitled "Witnessed in the Convex Mirror: Bizarria":

of sexing with a robot. There’s “Bobbin,”whose human
trawls lingerie stores for just the right lacy corset to wrap
around her. There’s “Maui,” whose human props her in
a wheelchair so she can accompany him to the beach
where he locks her legs around his surfboard so they can
ride waves together. There’s “Amazon”—the given name
to ten dolls—whose human outfits them in helmets and
combat uniforms to play wartime fantasies. Finally, there’s
“Samantha,” who costs 4,000 euros for her human “skills”:
hugging, moaning, and remembering who previously
grasped her skin-like skin. Surely it won’t be long before
an engineer can twist Samantha’s nipples into tightening
as she replicates a female orgasm. We long have taken
pride in our openness to the varied creatures inhabiting
our massive universe; we have not wanted to be judgmental
But one morning, you turn on the computer to discover
an article about child sex dolls popular among pedophiles
Regardless of gender, they bear the name, of course, of "Baby"


We sorely need to do a better job protecting our children. Among other B.S., these folks positing that child sex dolls help distract pedophiles from human children are cracked. Let's ALSO address those who'd create that kind of ridiculous and dangerous culture.

Parmigianino says of it: “Realism in this portrait
no longer produces an objective truth, but a bizarria”

A bizarria is the first graft chimera between the Florentine citron and sour orange, and looks like these: 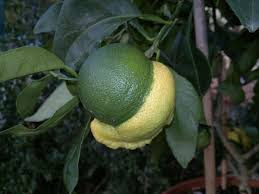 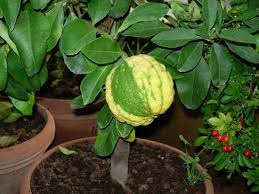 There are more bizarre images, but the point is that the result is a hybrid ... which made me relate it to a sexual (and no doubt other types of a) relationship between human and robot. This is a large topic (larger than sex) given the growth of AI and the lagging nature of ethics.

Finally, as an aside, part of what's interesting about reader responses and/or reviews of a poetry book is seeing which poems are highlighted by the readers. For whatever reason, cited poems to date have related more to "Love" versus "Belligerence." Well, why not? We all look for love where we might find it? This then, is partly to share something about the belligerent side, indeed, of Love In A Time of Belligerence. 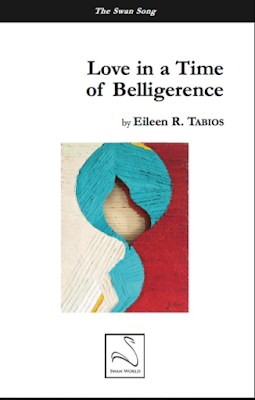 Email ThisBlogThis!Share to TwitterShare to FacebookShare to Pinterest
Labels: Ashbery Riff-Offs, Love in a Time of Belligerence, Poetry-In-Progress