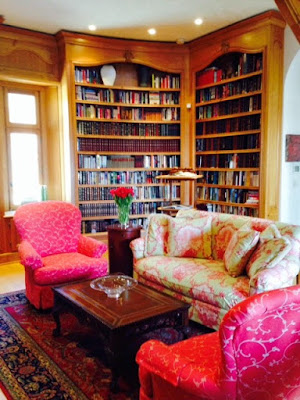 It looks like my switch from two issues a year to posting (almost) as soon as reviews are received is working out well.  Do go HERE to see Galatea's latest installment, though I'll cutnpaste below the April Table of Contents for convenience.

We Denizens by Jen Coleman
Engaged by Sam Lohmann (4/26)

If They Hadn't Worn White Hoods, 8 Million Would Have Shown Up in the Photographs by John Bloomberg-Rissman and Eileen R. Tabios
Reviewed by M. Earl Smith (4/22)


Egghead, or: You Can't Survive on Ideas Alone by Bo Burnham, with drawings by Chance Bone
Reviewed by M. Earl Smith (4/20)

Stone by Naomi Buck Palagi
Engaged by Eileen Tabios (4/9)
The Marriage of Heaven and Hell: An Election Cycle by Andrew and Donora A. Rihn
Reviewed by Steve Klepetar (4/8)

To Be An Empire is To Burn! by Eileen R. Tabios
and
Twenty Moments That Changed The World by John C. Goodman
and
The Prometheus Collage by Mary Kasimor
Reviewed by Freke Räihä (4/2)

Email ThisBlogThis!Share to TwitterShare to FacebookShare to Pinterest
Labels: Galatea Resurrects, If They Hadn't Worn White Hoods..., Reviews of My Books, TO BE AN EMPIRE IS TO BURN!