Prose and Poetry -- such different worlds. I've been working on essays and short stories lately -- such a different (for me, much slower) pace...

The Dictator's Aftermath is a short story manuscript-in-progress. Did some editing tonight. 'Twas a collection of 14 stories. Eliminated four. Reorganized structure to include Afterword that would include a flawed story that I’d otherwise eliminate. Realized from new structure the need for one new short story. As recently as a year ago, I would have found this process painful. But, no, it’s just the territory… 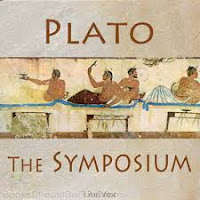 One story was written “after" Plato’s “The Symposium." My story was written last century and I insert the link so I can return to Plato's tale which I've forgotten. I'm curious now as to what it has to do with my story about a protagonist's mother forever drunk on tapey (Filipino rice wine) to alleviate the boredom of counting dust motes in a sleepy village where nothing much happens except tsismis...

Some stories begin with epigraphs (which I may or may not keep).  Here are all of the epigraphs—whether they're retained or not, they reveal something about the nature of the collection:

"It takes tenderness to perceive"
—from Poem No. 37 by Jose Garcia Villa

"Who knows what happens to the prayers we so fervently believed in as children?"
—from "PLANET WAVES" by Eric Gamalinda

"This is the moment in which I am living now  teleology more than denouement, neither exorcisms nor culmination."
—from "IDENTIFICATIONS" by Clinton Palanca

The recitation of retreats
is written in the wagon ruts
that disappear into the brush toward the Salton Sea.
An ellipsis follows
where the nodding skald has lost the threat
in his tale of endless brutality.
The army regrouped. It was not a defeat.

The prisoners were led away.
The wind set up a howl of mourning.
On the stark blue slate of sky
frail cirrus inscribe
all history,
all old lies.
—from "West of Brawley" by Douglas Spangle

". . . Exile from the land of one's childhood can sometimes prove the most certain way home. . . . Lost . . . is the tactile immediacy of the past, the physical evidence of experience.  Gained is the costly freedom to remember, to turn place and time over and over in the imagination, all the while knowing that no one story can explain the past."
—John Burnham Schwartz

Email ThisBlogThis!Share to TwitterShare to FacebookShare to Pinterest
Labels: The Dictator's Aftermath