"NO IDEAS BUT IN ACTIONS"

Apparently, I’m “inconvenient” for not writing like a person of color should write.

—a loaded statement that I won’t bother unpacking. I’m not here to accommodate the willful ignorance of one who would say that, and one who would not know what that means.  Do your own googling …

This incident, though, reminds me of a recent essay I wrote.  Here’s an excerpt:

I remember once spending a summer, shortly after moving from New York to San Francisco, with the wonderful Philip Lamantia. One of the (many) topics we discussed was the importance of “place”— Philip encouraged me to understand the place from where I’ve been positioned, whether by circumstance or by choice. This great poet said, “It’s important.”

But as a Filipino poet in the diaspora, place is an ideal and mostly has not been a concern or reference or consciousness in my poetry. My birth land, which I left when I was ten years old, is no longer the Philippines I remember. In the U.S., I first lived in Los Angeles where my status as an immigrant was consistently reflected back to me (ironically) by growing up in a mostly Japanese-American enclave; I then moved to New York for nearly 20 years, which is to say, I lived in both a melting pot and a suburban canyon where I felt my status keenly as an outsider; and I now live in Saint Helena, a picturesque town in Napa Valley where it’s usually tourist season. If I have a “place,” it seems to be cyberspace for transcending the limits of physical geography as well as the feelings of not belonging. Cyberspace, to me, is the biggest “book” that currently exists—and like most books it allows its reader to travel to far-off places. (It’s also why so many of my projects have occurred and occur in cyberspace.)

And what is cyberspace but a place of ideas? The realm of ideas—until recently, that’s been my “place.”

The punchline is missing from that excerpt, though hearkened by “until recently, that’s been my ‘place’.”  A hint, though, can be found in the title of this poetics essay:

“No Ideas But in Actions” 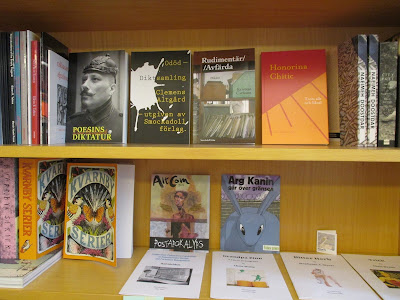