BOW TO YEVTUSHENKO'S "SNOW IN TOKYO"! 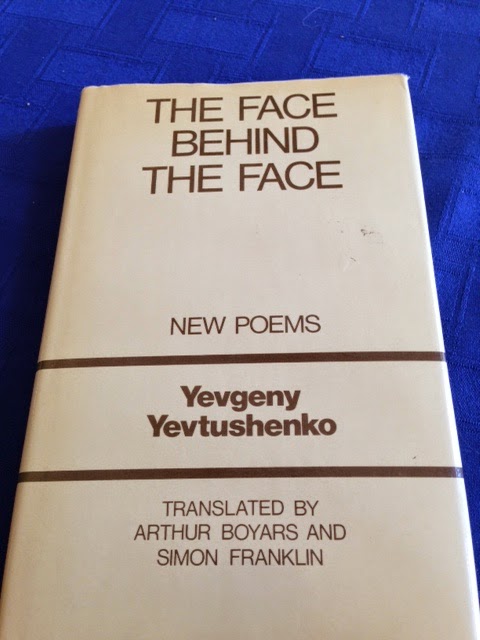 My attention to Yevgeny Yevtushenko has been cursory and I saw no need to challenge my cussedness cursoriness when I picked up this morning a used copy of his 1979 book, THE FACE BEHIND THE FACE. I wasn't moved by the first couple of poems, and so would have put the book aside. But before the poems was an Introduction by the poet—an ars poetica. And I empathized with much innit so I decided to tolerate the poems and get the book for the introductory essay. See these excerpts (click to enlarge): 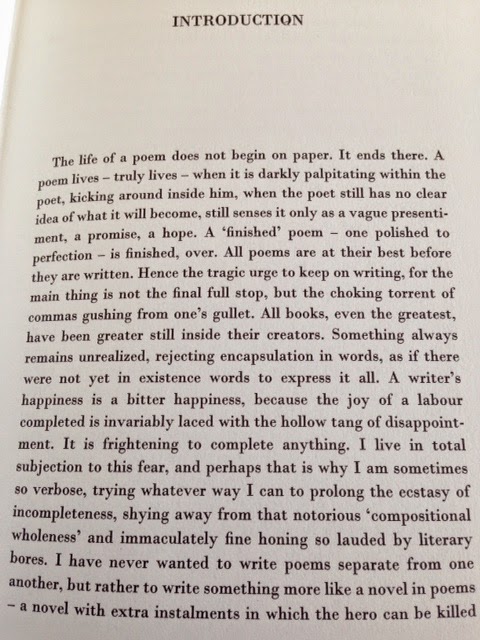 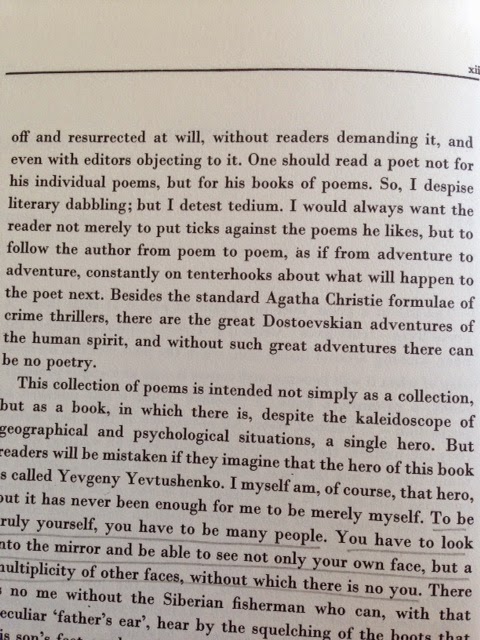 But having now finished the book, I'm so pleased to have it! For the last poem “Snow in Tokyo” is magnificent and worth the price of the entire book. It's a poem that could be the crowning achievement from a poet’s entire output.

The morale of the story? Pay attention to the ordering of the poems. Surely, the first poem  must be as compelling as the last….? (I edited the exclamation point to insert the question mark because, as with nearly all things poetry, one’s never sure…perhaps others, including the author/translators, thought the first poem is compelling and I'm just eye-deaf).

Anyway, here’s an update of my recently BOUGHT POETRY list:

THE FACE BEHIND THE FACE, poems by Yevgeny Yevtushenko, Trans. by Arthur Boyars and Simon Franklin

FANTASTIC VOYAGE TO THE ORDINARY PLANET by Erin Virgil

Yes, I list my own titles when I buy my own books as it just means they need to go through my house on their way elsewhere...!