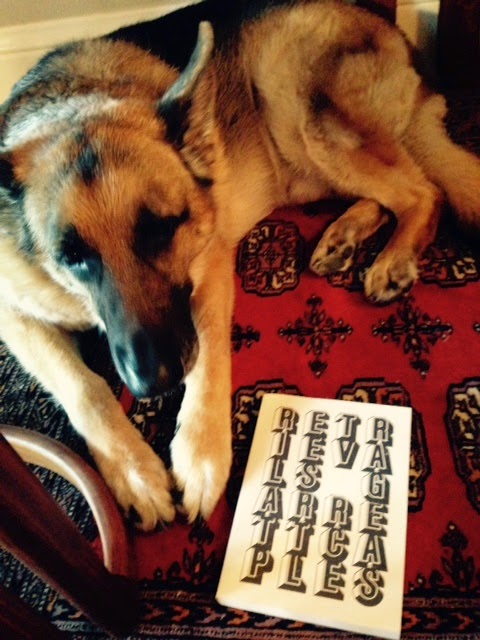 Meanwhile, I recently bought Charles Wright's SESTETS recently as I'm thinking to explore that form.  Which reminds me to post an update on moi Recently Bought Poetry List of books by poets or about poets/poetry.  I buy poetry.

Email ThisBlogThis!Share to TwitterShare to FacebookShare to Pinterest
Labels: Bought Books by Poets or Related to Poetry, Furry Love