I'd finished the writing of the poems in AMNESIA: Somebody's Memoir.  The next step was to determine the order of the poems in the manuscript.  Back in the day, the question would be another source of cogitation.  But as befits moi "cubist poetics," here's how I ordered the poems by basing said order on randomness.

There are 27 poems in the manuscript so I wrote numbers on a page and cut them up to prepare for the slips of the paper that would be drawn randomly out of a hat, like so: 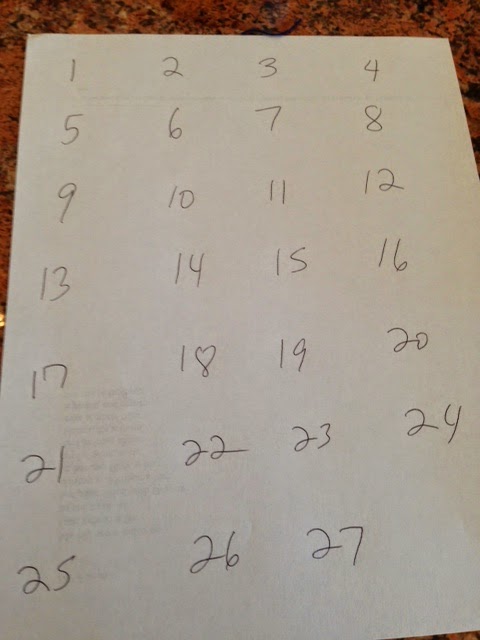 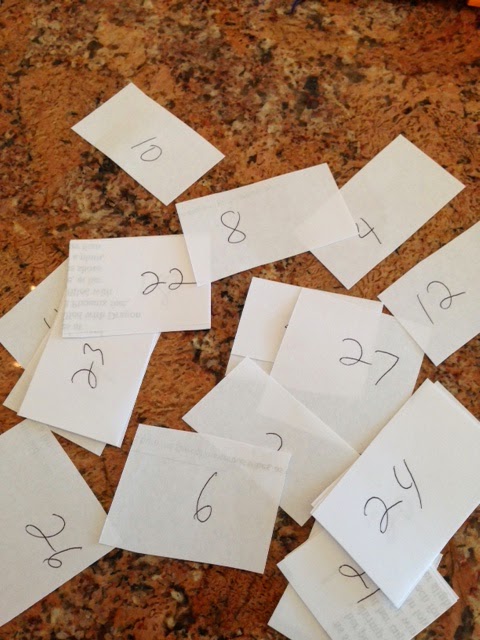 Then, I couldn't find a hat.  So I shuffled the slips of paper and then just closed my eyes and had one hand hold the papers while the other hand plucked pieces at random to place on the dining table, like so below -- this is also when I realized I decided to choose the order of the poems in this manner, not because of some cerebal ars poetica but because my arse is just lazy: 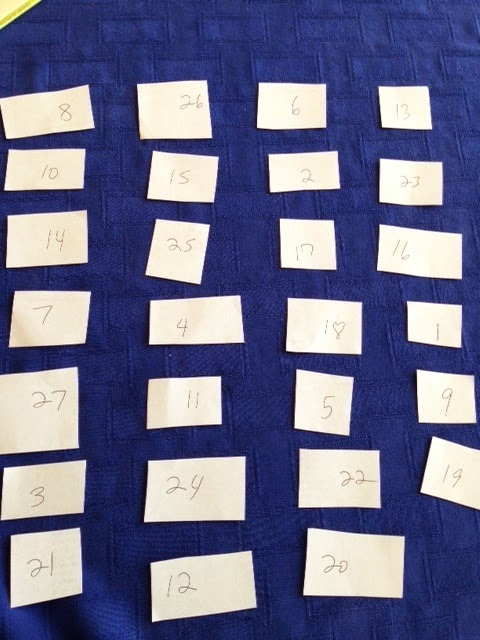 There you have it.  The order of poems is finalized.  And the manuscript is done.

P.S. Each title begins with the number depicting the order in which it was written.  With the rearrangement, the titles will show the random order of numbering.  Amnesia can mean foregoing the logical count/order to the universe...