PA-LIWANAG: TO THE LIGHT (FILIPINAS IN TRANSLATION)! 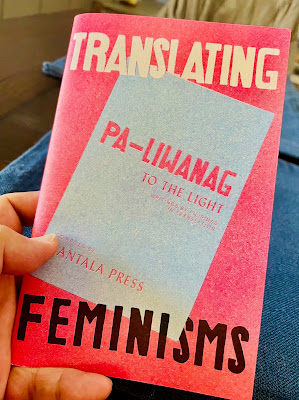 I just received a copy of a new anthology featuring my works. It's a project that shows indie publishing at its best--you can see by the first 2 pages of its Introduction that I share, and from which I share this powerful excerpt below. PA-LIWANAG is published by the Philippines' Gantala Press and picked up for further publishing support by the U.K.'s Tilted Axis Press. I share my 2 poems ("Scumble-d" and "The First Face Transplant") since I shouldn't share others without their permission--though I will note that I am blessed to discover new poems and poets (I adore "Puki" by Elizabeth Ruth Deyro, a poet from the province of Laguna). Gantala asks:

"When a government wages war against its people -- surely a woman's press can and should do more than just publish books?"

Thus Gantala publishes "the works of women farmers, plantation workers, nurses and migrant workers, and regularly contributes to fundraising efforts in support of factory workers on strike as well as urban poor communities." This book is one of them and I'm honored to be in their company. 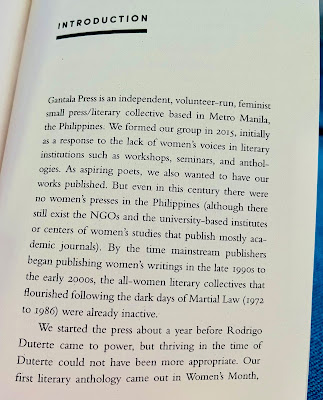 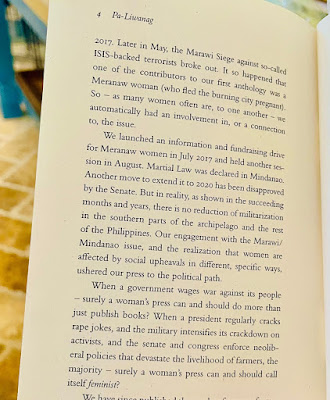 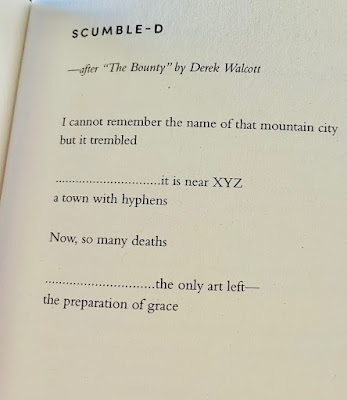 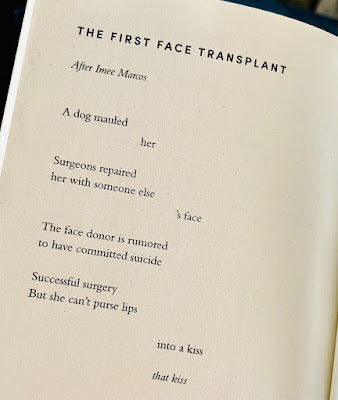 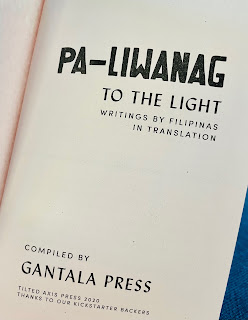 Email ThisBlogThis!Share to TwitterShare to FacebookShare to Pinterest
Labels: Filipino Poetry, Poetics, Poetry As A Way of Life, Where My Poems Are Appearing