BECAUSE POETRY'S NOT ALIEN TO ME... 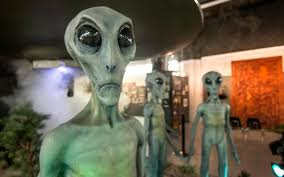 'Twas a busy recent period for writing blurbs. Here's 3 of the 4 I wrote in past month or so:

Judith Roitman’s Roswell makes me wonder whether it’s possible for humans to engage aliens without the former humanizing the latter. The poems, after all, claim “surviving alien remembers its descendants,” ”surviving alien remembers nourishment,” and so on as if the human Roitman can inhabit non-earthling point of views. Such may be considered empathy. But for these poems relating to 1947 events to come out in 2018 is also to emphasize how little empathy is displayed today by the U.S. administration for "aliens" of a different sort but within the same species. How far humanity has fallen. These poems accomplish what good poems do: go beyond themselves into other matters as they make the reader think.

Y'OL by Birhan Keskin, Translated by Murat Nemet-Nejat
"the other calls the one who isn’t there / that’s how magic becomes magic" — there’s no getting around it. To live is to desire, thus, ultimately to anguish. In Y’ol, the world is unstable, even untrustworthy. But this only makes love more important: “the sky i return, return return / return to is you”. Love—defined in these poems through an endless yearning—could have been denied but instead is upheld, even as these poems of fortitude must scorch their pages. The title “Y’ol” means “the road of/towards becoming.” This Y’ol presents the jagged music of metamorphosis and to read these poems is to discern songs made possible only with silence set on fire.

"on the surface a uniform grey / but in the depths an inner life”—such scaffolds how Alan Baker’s poems run deep, spill wide, and linger to become everlasting song. Here, the river is history and (despite history) hope so that the poems, too, bespeak desire. How can we not be moved, even if the poet cautions about the river: “it isn’t human, it doesn’t care about us”?

PUBLICATIONS
ROSWELL by Judith Roitman (in manuscript; see above blurb)

RIVERRUN by Alan Baker (in manuscript; see above blurb)

Y'OL by Birhan Keskin, Translated by Murat Nemet-Nejat (in manuscript; see above blurb)

FIRST AWAKENINGS: THE EARLY POEMS OF LAURA RIDING (a treat. Important for understanding the achievement of she who renounced poetry)

EARLY EXITS, poems by KB Nemcosky (I love NYC memoirs and KB Nemcosky's is moving, steeped with music, wonderfully-detailed by someone who knows  how to pay attention, and a searing indictment of our times by manifesting Colin Whitehead's posture: "You are a New Yorker when what was there before is more real and solid than what is here now.")

AUTOBIOGRAPHY / ANTI-AUTOBIOGRAPHY, poems by Jennifer Bartlett (a powerful read. I much valued this reading)

TWO OR THREE THINGS ABOUT DESIRE, poems by Conchitina Cruz (excellent … and made me think of Sawako Nakayasu …)

THE PINK HOUSE OF PURPLE YAM PRESERVES & OTHER POEMS by Aileen I. Cassineto
MESSAGE, poems by Fernando Pessoa

PRESENCE OF LIFE, poems by Empedocles/Brad Inwood and translated by Eric Hoffman

THE JAGUAR THAT PROWLS OUR DREAMS, poems by Mary Mackey

SPOKES OF AN UNEVEN WHEEL, poems by Colin Dodds

* JUST LET ME HAVE THIS, poems by Heather Sweeney

* SOMEONE IS BREATHING, poems by J. Morris

* VIGILANCE IS NO ORCHARD, poems by Hazel White

* NOT THAT I KNOW WHERE I’M GOING, poems by Elinor Nauen

* UNTITLED SERIES: LIFE AS IT IS, poems by Norman Fischer

* WHEN THEN, poems by Gerd Stern

*  POCKET GUIDE TO ANOTHER EARTH, poems by Mike Smith

* THE DRUNKARDS by LM Rivera

*  OF SOME SKY, poems by Joseph Harrington

* THE MIRRORED SPECTRUM: VERSIONS OF BIDEL, poems by Robin Magowan

* THE BUDDHA WONDERS IF SHE IS HAVING A MID-LIFE CRISIS, poems by Luisa A. Igloria

*  THEN & AGAIN, poems by Catherine Stearns

*  WHAT PAIN DOES, poems by Megan D. Henson with photographs by J. Michael Skaggs)

MOTHER MOTHER YOU ARE WHO I LOVE, poems by Aracelis Girmay

REVISING INTO THE RIGHT FORM…HOPEFULLY, poems by Javier Zamora

A MAP AND ONE YEAR, poems by Karen L. George

SIGNS OF OUR DISCONTENT, visual poetry by Arnold McBay and Gregory Betts

AMONG THE NEIGHBORS, history by Dale Smith

REMEMBERING EL CORNO EMPLUMADO / THE PLUMED HORN,  history by Sergio Mondragon with a conversation between Margaret Randall and Edric Mesmer

ALPHABET OF A UNKNOWN CITY by Maryam Monalisa Gharavi

BE CAREFUL WHAT YOU WISH by Baseera Khan

I THOUIGHT THIS WOULD by Goksu Kunak

THE DECEIVERS, novel by Alex Berenson

THE PEOPLE VS. ALEX CROSS, novel by James Patterson

HOW TO FIND LOVE IN A BOOKSHOP, novel by Veronica Henry

LIVING ON A DOLLAR A DAY: THE LIVES AND FACES OF THE WORLD’S POOR, advocacy by Thomas A. Nazario with photographs by Renee C. Byer