A process note for those interested: when I first began "The Ashbery Riff-Offs" project, I had a copy of Rosmarie Waldrop's Selected, Gap Gardening, next to Ashbery's poem. I thought that if I had to dilute Ashbery's impact in some way, the Waldrop would be useful as she's a rare poet in being as powerful as Ashbery. So there. And you'll see that reflected in the poem.

Here's a TIME interview of John Ashbery (the comments are also interesting). 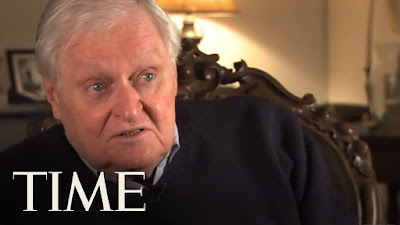