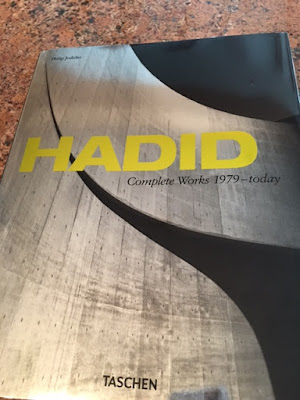 I’ve been a fan of Zaha Hadid since I saw her decanter-like building at Spain’s Lopez De Heredia Winery.  So I’m very excited about my latest book purchase: HADID: COMPLETE WORKS 1979-TODAY.  And, R.I.P. to one of the great architects of our time. I present her author photo below as I think her architecturally-designed outfit is relevant: 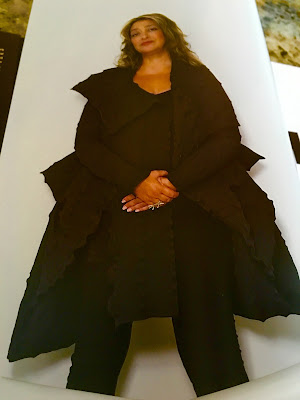 There are more photos taken from randomly opening the book at the end of this post. Meanwhile, here's my latest Relished W(h)ines update of recently imbibed books and wines.  As ever, please note that in the Publications section, if you see an asterisk before the title, that means a review copy is available for Galatea Resurrects!  More info on that HERE.

NIGHTS READING :: BURTON’S THOUSAND AND ONE ::, poems by Marthe Reed (lush language creates a feast for all senses. LPR #228)

THE ART OF EXPORTING by Cristina Querrer (lyrical and stylistic enchantment. LPR #229)

THE POET, THE LION, TALKING PICTURES, EL FAROLITO, A WEDDING IN ST. ROCH, THE BIG BOX STORE, THE WARP IN THE MIRROR, SPRING, MIDNIGHTS, FIRE & ALL, poetry by C.D. Wright (LPR #233)

SWAN FEAST, poems by Natalie Eilbert (much to admire; to highlight one, let me say I admire its ambition fully and creatively manifested)

THE CONVECTIONS, poems by Robert Kelly (much appreciate the poem “PURITY” innit)

LITHIC TYPOLOGY, poems by Mark Young (heartened to see the hay(na)ku in this collection)

*  TAKE THIS STALLION, poems by Anais Duplan (wonderful poems but I also noticed the effective ordering of the poems—well done so that the poems enhanced each other in addition to presenting their own beauties)

DIARY OF A NON-DEFLECTOR: SELECTED POEMS by Jim Dine (the line “My trust in you, Beauty, is real” is enough to make the book worthwhile)

SHADOW OF THE HERON, poems by Djelloul Marbrook (the line “books cannot ballast the dizzying world” is enough to make the book worthwhile)

*  ASPECTS OF STRANGERS, poems by Piotr Gwiazda (smart and accomplished)

*  HIPPODROME, poems by Miklavz Komelj, Trans. from the Slovene by Boris Gregoric and Dan Rosenberg

TO SPEAK WHILE DREAMING, poems by Eleni Sikelianos

*  MY FAULT, poems by Leora Fridman

*  THE BEES MAKE MONEY IN THE LION, poems by Lo Kwa Mei-en

* THE CRANE IS FLYING, poems by David Almaleck Wolinsky

*  EVERYTHING WE MET CHANGED FORM & FOLLOWED THE REST, poems by Jessica Comola

NOTES ON POST-CONCEPTUAL POETRY by Felix Bernstein (interestingly-strange experience of reading through this book. With each word read, the word becomes past—perhaps that’s always the case but it’s the first time, reading through a book, that the notion surfaced to be a discernible (self-conscious?) simmer)

THE LIGHT OF THE WORLD, memoir by Elizabeth Alexander (page-turner)

FACING THE WAVE: A JOURNEY IN THE WAKE OF THE TSUNAMI, memoir with poetry by Gretel Ehrlich

THE AGE OF BLIGHT, short stories by Kristine Ong Muslim

I MARRIED YOU FOR HAPPINESS, novel by Lily Tuck

I CAN SEE IN THE DARK, novel by Karin Fossum

MAKE ME, novel by Lee Child

FOOL ME ONCE, novel by Harlan Coben

THE PROFESSIONALS, novel by Owen Laukkanen

THE BUTTERFLY CATCHER, novel-in-progress by Cristina Querrer (lovely and promising! In manuscript)

And speaking of poetry and I usually am, here are more architecture-as-poetry iPhone shots from randomly opening HADID: COMPLETE WORKS 1979-TODAY beautifully produced by Taschen: 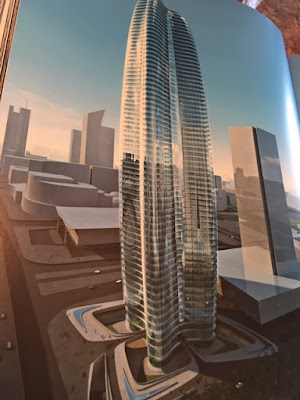 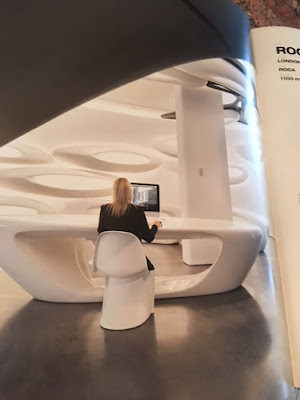 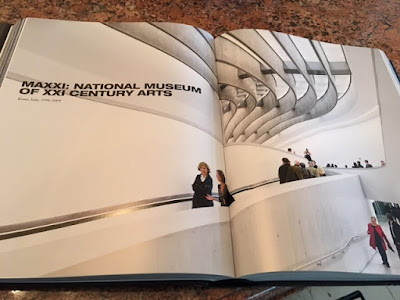 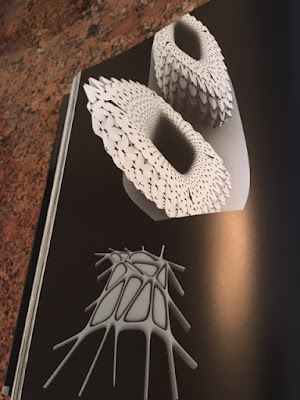 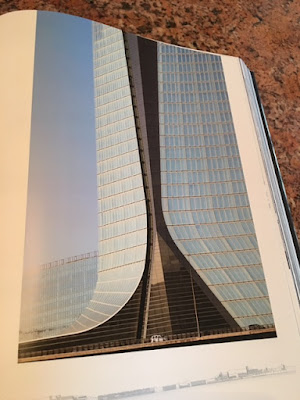 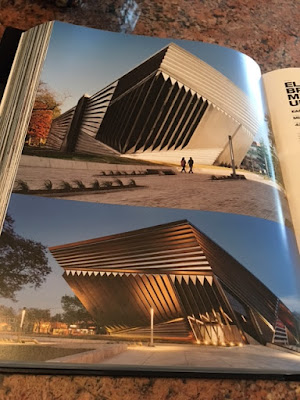