I AM, THEREFORE, I READ 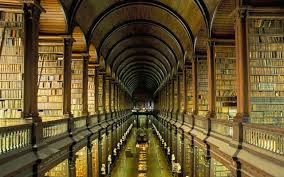 Pierced by Night-Colored Threads by Dean Kostos
To bring a poem into the world is to bring the world into a poem. Dean Kostos achieves this marvelous result with well-wrought poems in Pierced by Night-Colored Threads, and it’s all the more welcome because the presented worlds are varied. His poems shall linger in the readers’ memories, such the poem “Unforgotten” which begins, “A child steps from a silhouette of fire, / pleating paper into egrets of flame.” and aptly ends,  / “Dean pleats his ashes into a boy / who emerges, bearing the debt of flame.”

By the way, for blurb geeks, I keep track of my blurbs HERE (scroll down).

43 Poetry Manuscripts for part of a Poetry Contest

GHAZALS 1-59 AND OTHER POEMS by Sheila E. Murphy and Michelle Greenblatt (outstanding; will most assuredly be among my Top Five Favorite Reads of the Year. LinkedInPoetry Recommendation #267)

WHAT ABOUT THIS: COLLECTED POEMS OF FRANK STANFORD (admirable: a solid voice so that it becomes presence)

SAND OPERA, poems by Philip Metres (powerful and poignant. I expected the power but not the poignancy—great job by the poet)

FANTASTIC CARYATIDS: A CONVERSATION WITH ART by Anne Waldman and Vincent Katz (excellent conversationalists, these two)

POEM OF THE DEEP SONG by Federico Garcia Lorca, Trans. by Ralph Angel

THE KINGDOM OF ORDINARY TIME, poems by Marie Howe

HAORI, poems by Luisa A. Igoria

* WHAT WE SAW FROM THIS MOUNTAIN, poems by Vladimir Aristov

*  MEMORIES OF NOTHING, poems by Tom Hibbard

* ENDLESSNESS IS NO DESOLATION, poetry by Elizabeth Workman

* THE GOD GAMES & OTHER VOICES, poems by Kristen Lucia Renzi

* PUNTA SPARTIVENTO & OTHER MOBILIZATIONS FOR OUR TIME, poems by E. San Juan, Jr.

* KICKING MILEPOSTS IN THE VIDEO AGE, poems by Steve Abbott

RESTITUTIONS FOR A NEWER BOUNTIFUL VERB, poems by j/j hastain

VIRGINIA OR THE MUD-FLAP GIRL, poems by Elizabeth Treadwell

THE EXPERIMENTS [A LEGEND IN PICTURES & WORDS], poems by Rachel May

OVER HEAR: SIX TYPES OF POETRY EXPERIMENT IN AOTEAROA/NEW ZEALAND by Lisa Samuels

LIVING PIDGIN: CONTEMPLATIONS ON PIDGIN CULTURE by Lee A. Tonouchi

THE DIRTY LIFE: A MEMOIR OF FARMING, FOOD, AND LOVE by Kristin Kimball

SUPPORT AND DEFEND, novel by Tom Clancy and Mark Greaney

THE COUPLE NEXT DOOR, novel by Shari Lapena