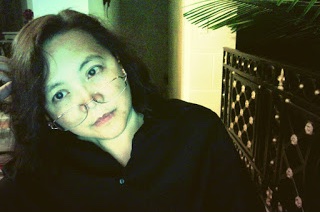 Kenneth Butler interviews me at WATERMELON ISOTOPE -- what a fantastic name, yes?  You can see interview HERE. Here's an (unexpected) excerpt:


KPG. Do you have a connection to the American Civil War? Relative who served? Visited a battlefield and have a story?

ERT. When we were dropping off my son for his freshman year at IUP in Pennsylvania, we stopped on the way there to visit Gettysburg. And I was most struck by the State of Louisiana monument created by Donald DeLue. Entitled “Spirit Triumphant,” it presents a wounded gunner while above him flies a “Spirit” sounding a trumpet and raising a flaming cannonball. While the title discernibly relates to the majestic Spirit, I my attention remained snagged on the body of the fallen gunner, specifically how his toes were visible as they’d broken through what was a pair of too-small shoes. And I’d also just learned that many soldiers on both sides of the Civil War were younger than the son I was bringing to his college. I considered my son to be so “young” and my  heart just broke, looking at the fallen gunner who might have been younger than my son but who had to fight a war in ill-fitting boots.


The interview is accompanied by three poems from my next book HIRAETH--"Kohl's Stories," "Notes to the Spanish Guitar's Autobiography," and "Where the Pages End." Poems are HERE.

Email ThisBlogThis!Share to TwitterShare to FacebookShare to Pinterest
Labels: HIRAETH: Tercets From The Last Archipelago, Interviews of Moi, Where My Poems Are Appearing