SHOW SOME LOVE TO A FILIPINO AUTHOR! 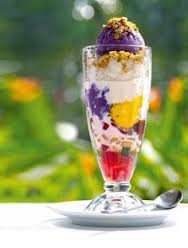 THE HALO-HALO REVIEW (HHR) is an online journal featuring reviews and other engagements of  Filipino authors’ works in all genres. Its inaugural issue will be released later this month. This is a Call for what will be an ongoing feature:

SHOW SOME LOVE TO A FILIPINO AUTHOR

If you would like to highlight or recommend any Filipino author, dead or alive and writing in any genre, please do so by talking about why you love that author’s works.  Statements can be written in any style and any length. The author of the loving statement need not be Filipino.

I got this idea from a wonderful project running at The Poetry Foundation curated by poet Amy King. That project focuses on women poets but, for HHR, I’ve expanded the idea to encompass all Filipino authors writing in all genres.  For an example, here below is Barbara Jane Reyes’ statement for poet Ruth Elynia Mabanglo (first published by The Poetry Foundation). As you can see, it’s only a paragraph long but it provides sufficient details as to why Barbara appreciates Ruth Elynia Mabanglo’s works. Of course,if you want to write an encyclopedia of praise for a beloved Filipino author, feel free!

HHR’s first issue is nearly finished, but if you can muster a statement by Tuesday, Sept. 22, I can still include it.  Otherwise, the deadline for the second issue is Jan. 30, 2016.  Here is Barbara Jane Reyes showing some love for Elynia Ruth Mabanglo:

On Elynia Ruth Mabanglo
I wanted to say a few words about Elynia Ruth Mabanglo, as a poet whose work has really changed me. But first, a confession. I have only read Mabanglo’s poetry in translation; she writes in Tagalog, and I am barely fluent in my native language. You must understand that writing in Tagalog in itself is already a critical statement about colonial mentality and the primary value of English over native languages among Filipinos. Mabanglo has written a phenomenal collection called Anyaya ng Imperyalista, or Invitation of the Imperialist (University of the Philippines Press, 1999), which is mostly comprised of persona poems, from the point of view of overseas Filipino workers (OFWs), as well as the “comfort women,” the wartime sex slaves of the Japanese. These poems hurt so much to read, as Mabanglo holds nothing back of the everyday violence, the endless violations, of being raped and ripped, and intimidated into silence. Some of these poems are written in epistolary form, and this is important, because you must also consider the institutional erasures which OFWs and “comfort women” have endured. In the case of the “comfort women,” half a century of silence, of never telling your children, your grandchildren of being 11, 12 years old, abducted and raped by dozens of soldiers, for days, weeks, impregnated, aborted, diseased. Half a fucking century of silence. Without Elynia Ruth Mabanglo, I wouldn’t be able to write about the continuum of colonial and gendered brutality I write about. I wouldn’t know how to. I wouldn’t know where to begin.

Send all statements to Eileen Tabios at galateaten@gmail.com