CONNOISSEUR IS REVIEWED BY THE VOLTA! 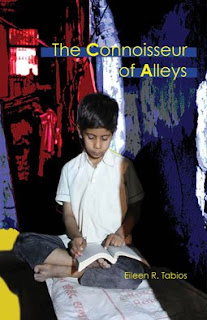 I'm very grateful for Marthe Reed's review of The Connoisseur of Alleys in one of my favorite journals The Volta.  The review itself is beautifully written; here's an excerpt:

Though the lines insist on the loss of memory, the logic of the generated poem—the recursion on which the poems are founded—asserts that nothing is ever forgotten. Each poem is composed in eight paragraph-like stanzas, the returns both familiar and new. Tabios’ algorithmic work depends upon the vivid imagery and emotion of the original lines and the wonder to which each new configuration gives rise. Reading these poems, I entered a durational space, a state in which time flows otherwise, according to the orbits of the recurring lines. I lost track of where and when in the drifting patterns the poet has construed, finding myself midmost a language journey: “I forgot the empty chair that awaited us, its expanse the totality of a planet still unexplored.”

Marthe also does something that I actually think more reviewers might consider doing -- relating the cover image(s) to the interior poems (in some of my other books, I have an "About the Cover" section where I or the artist discuss the cover art). I see many books where said art is related to the poems but it's not noted by the reviewers. Anyway....of course, I also appreciate what Marthe said about the poems, particularly as she expresses so beautifully.

Connoisseur's front and back cover images were provided by Advaita Patel who had responded to an open call for artists interested in providing art for the book, a call managed by Michelle Bautista. I'm grateful to you all.

Here, actually, is a painting Advaita made as inspired by the poems in Connoisseur: 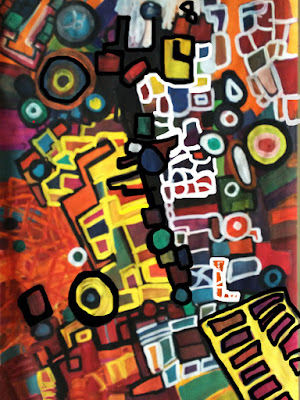 Email ThisBlogThis!Share to TwitterShare to FacebookShare to Pinterest
Labels: Connoisseur of Alleys, Reviews of My Books, Visual Art