We interrupt our regularly-scheduled programming for Artemis: 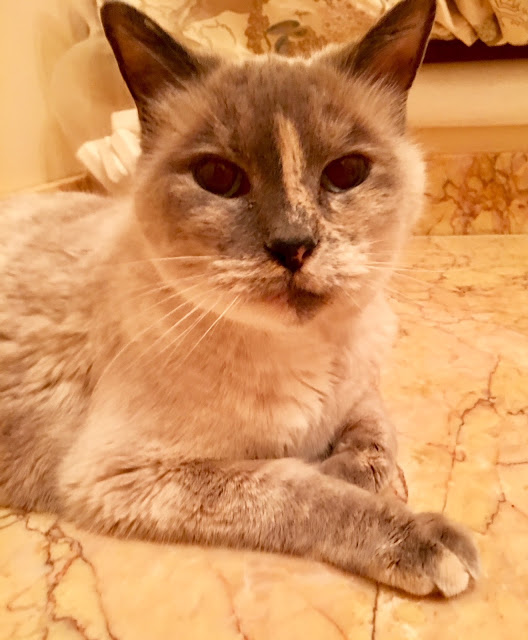 With regret, I share that our elderly cat Artemis passed away this morning at age 19. I’m trying to stave off the sadness with celebration as she lived a long, great life. She was more Buddha than Buddha, the exact creature Jesus Christ counseled real Christians to become, and an unknown but definite hero by both indigenous and Star Trek Standards—which is all to say, by loving everyone she met and making everyone love her, she embodied what usually remains potential: All is One and One is All.

When we first rescued her, we were informed she had been dropped off with her own litter of kittens. If so, she never had a chance to know her children. But she did come home (with another cat Scarlet) to become the mother of a 9-week old German Shepherd, Achilles. After puppy Achilles grew to be over a dozen times Artemis' size, Artemis used to nap by using the silky-soft interior of his large ear as her pillow.  It is a consolation that, by transitioning from us, she goes to join Achilles and Scarlet on the other side of the Rainbow Bridge. Also waiting for her will be our other shepherds Athena and Gabriela for one of creation’s major flaws is the too-short life span given to dogs.

Artemis had so many qualities that made her as perfect a creature as ever roamed planet Earth. She was a comfort cat for my aging Mom when Mom joined our household for the last six years of her life. She was a skilled huntress who once leapt four feet straight up to bring down a bird in flight—she caught it in the air and flipped the bird over so that when she returned to ground she landed by sitting on it; nonetheless, she did raise her cashmere-soft butt to let the bird fly off to safety.  She tamed all sorts of animals (and humans) who entered the house, including our first male cat Tarzan who we are hopeful will become less of a male chauvinist pig because of her influence.

To date, she has purred louder than any cat we’ve ever met for when she chose to display love, she displayed a love so munificent it must resound to the heavens … even if it occasionally irritated Scarlet who chastised the loudness of her purrs (but then again Scarlet was a dark creature whose only positive characteristic was the exquisite taste she displayed by being obsessed with Eileen, but the eulogy-writer digresses…).

As I have described Artemis, she lived long and loved deep—that she managed that hard-to-master combination is one reason she lived greatly. No wonder that as we drove her to her long-time family doctor, Gladys Knight sang, “…the best thing that ever happened to me.” And when we left the veterinarian’s office, Whitney Houston sang, “…the greatest love of all.”

You were and are loved, Artemis. Don’t rest in peace. Go off and frolic with the others. Tom and I shall see you and the other furry children again. 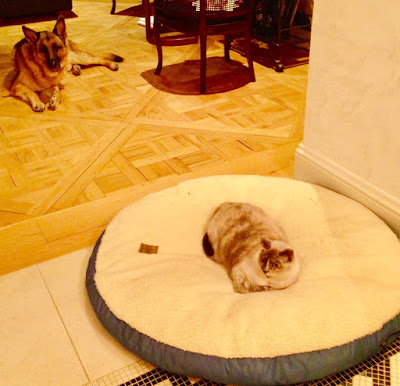 Achilles so loved Artemis he frequently gave her his "dog bed." 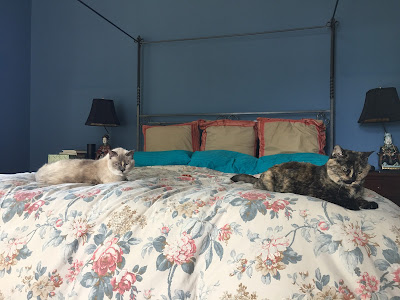 Artemis (left) and Scarlet high up on the bed, daring the dogs to come closer. 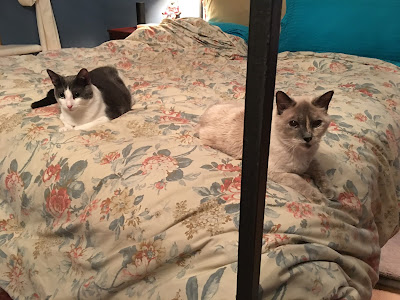 The kitten Tarzan trying unsubtly to cozy up to Artemis.